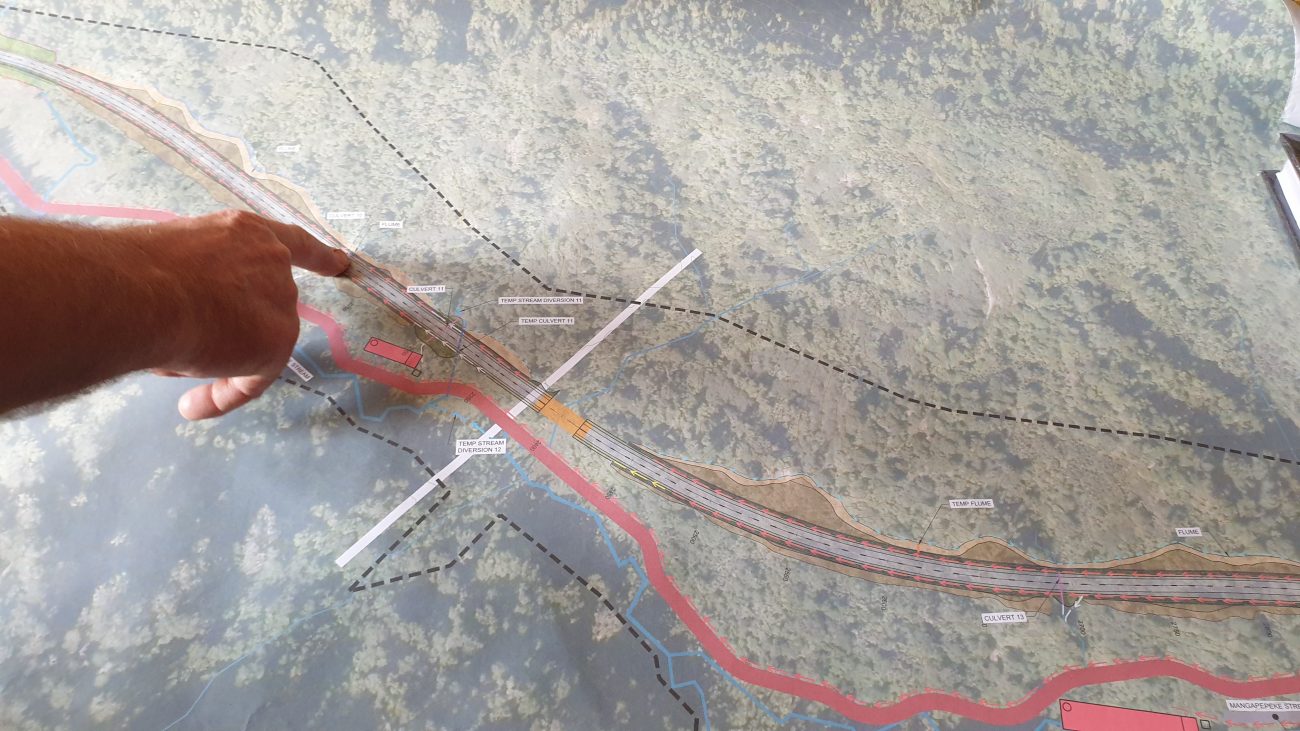 It’s feared a deal to get the Mt Messenger bypass built in North Taranaki could see more native forests bulldozed for new roads.

Local iwi have agreed to a compensation package and a land swap so that the State Highway 3 project can go ahead and Waka Kotahi is promising a substantial restoration programme and on-going pest control.

But an adviser to the project says it should never have been approved in the first place and risks setting a precedent.

More than 30 hectares of native bush is set to be sacrificed for the 6km project that will avoid the existing steep, narrow and winding route over Mt Messenger.

As well as safety improvements it’s promising to save motorists between four and six minutes driving time.

But the adviser – who RNZ has agreed not to identify – said it should never have got this far.

He said the native forest was protected via the Resource Management Act and various Taranaki Regional Council and New Plymouth District Council plans, schedules and polices as “significant” and the trade-off should not have been allowed.

“What should’ve happened is that the district council planning officer should’ve said ‘I don’t support this – what you’re doing – because you’re going through an area that is significant and it has to be protected’.”

To offset the loss of 20 hectares of its forests, Ngati Tama will be paid $7.7 million and receive a land swap of 120 hectares.

Waka Kotahi is promising to plant 120,000 native seedlings across 32 hectares and plans to plant another 100,000 along roadsides and embankments.

But the adviser said planners had already noted the significance of native forest west of the current highway during the consents process and the same should’ve applied to the route eventually chosen to the east.

He said if the project went ahead developers would cut deals to bulldoze indigenous environments elsewhere.

“Because what they’ll do is they’ll offset and compensate for it. You’ll be able to continue to build roads anywhere you like – outside of reserves and national parks – by offering offset and compensation … and that’s wrong because you’re required under the Act to protect it.”

The other affected landowner – farmers Tony and Debbie Pascoe – oppose the project and face a forced sale under the Public Works Act.

The Environment Court granted interim consents for the $280 million bypass in December 2019 and it has been subject to appeals ever since.

The adviser was unhappy with Waka Kotahi’s whole approach and wondered what terms such as “avoid” and “protect” in the RMA now meant.

“They should know damn well they shouldn’t be prodding and pushing and, you know, coming to a hearing and saying ‘we don’t necessarily have to provide the best performing outcome we’ll just provide this option and we’ll offset and compensate our way through it’.

“That is definitely not the expectation of an entity that is supposed to be the government’s representative and abide by the rules – their own rules. So yeah. I’m pretty cross about that.”

He also questioned why no-one had given effect to New Zealand’s commitment to the Kyoto and Paris climate change accords which sought to conserve and protect indigenous forests as carbon sinks.

The councils say the consents application went through the RMA process, was reviewed by an independent commissioner and subsequently tested in the High Court and the Environment Court.

Impacts on indigenous forests were currently managed through the RMA until it was repealed and replaced.

The councils say, as it stands, there was no legal requirement for them to consider climate change or the forest’s role as a carbon sink.

Waka Kotahi said the councils and courts had found the environmental offset commitments “were more than sufficient to mitigate the effects of the development”.

Pending on-going court appeals, construction is earmarked to begin at Mt Messenger in September next year.