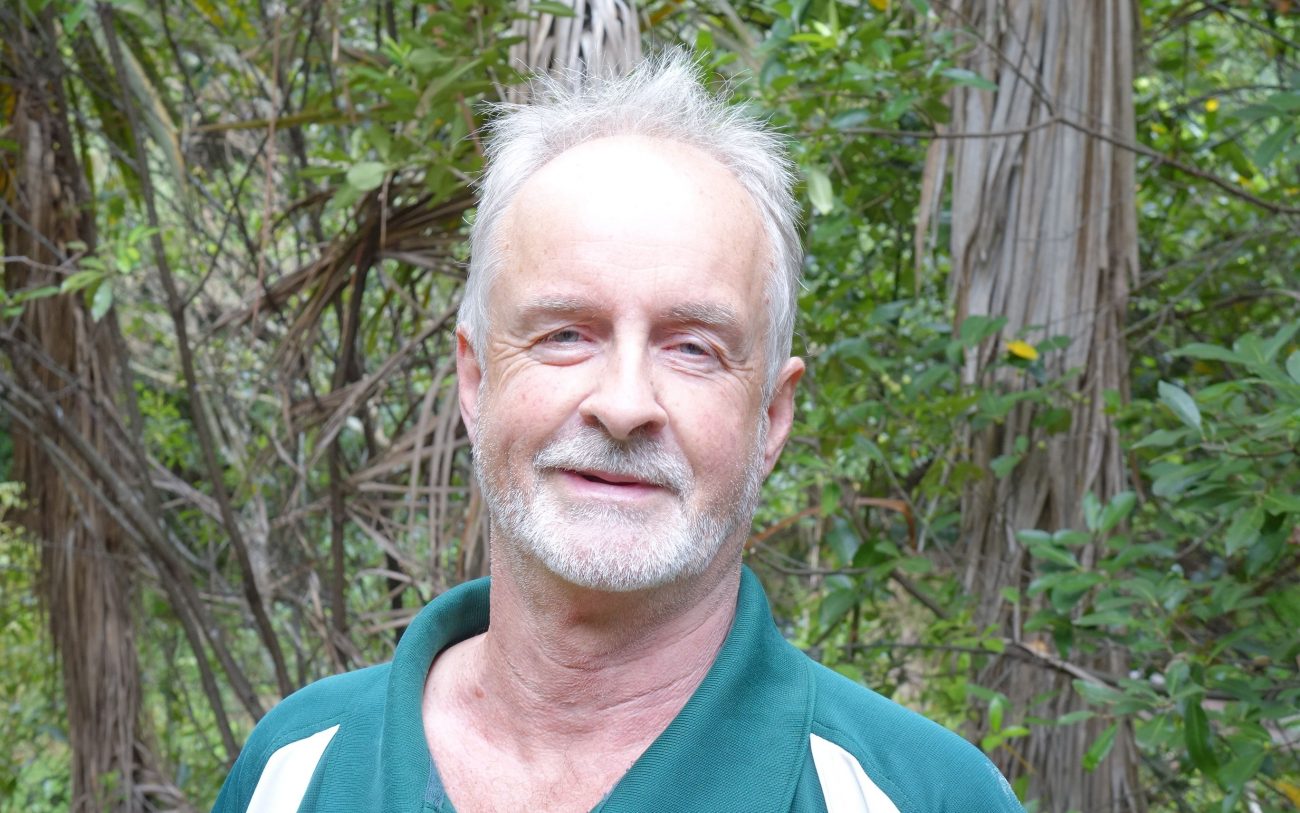 A Rotorua exterminator is battling through the biggest job of his career as he destroys a giant German wasp nest estimated to hold up to 1 million wasps.

The nest discovered on Monday was attached to a ponga tree in an area of native bush at Hamurana near Rotorua.

Chris Brunel from Bay Pest Services has the mammoth job of destroying the nest. It is about 3m up in a ponga tree which is perched on the side of a steep bank.

At 2m tall with a circumference of about 2m, it is estimated to weigh between 100 and 150kg.

Mr Brunel said it would have taken about three years to build the nest.

“I’d say the queen or queens have never left that nest.”

He said a nest this big typically took on a life of its own.

“They almost become an independent city and it gets very warm in there so they can survive against cold temperatures … they can get up to about one million wasps and the temperature in there can get up to the high 80s and 90s in amongst the nest itself because it is quite deep.”

While the German wasps tend to like living in big nests, this one at Hamurana is near record size.

“They seem to like ponga trees because they can build around them quite easily and hollow out the actual timber so the nest can get a grip on the tree so it doesn’t fall apart, plus it is very well sheltered.”

Mr Brunel said it’s one of the hardest jobs his company has faced due to the size of the nest and its location.

So far the nest was initially dusted with an insecticide to kill as many wasps as they could.

“The second time around we tried to get into the entry points where the wasps are getting in, the third time we cut a section off and dusted that.”

The work may be affected by rain over the weekend but next Monday seems likely when they will finish the job.

“We will then slice bits off it and dust it again and then we will smash it up once we are satisfied it’s dead.”

Mr Brunel said it was hard to gauge just how many were still alive.

“You usually only find out when you put the saw through it,” he said.

Mr Brunel said when he first saw the nest last Monday it was very active.

“There were hundreds flying in and out.”

“If you walked past and they saw you they would target you because they felt you were a threat.”

“Now the threat factor has gone away and we can get a lot closer as you have discovered because you could not have got that close on Monday.”

Mr Brunel said the wasps still inside the nest would try to protect it right up until the end as they are aggressive creatures.