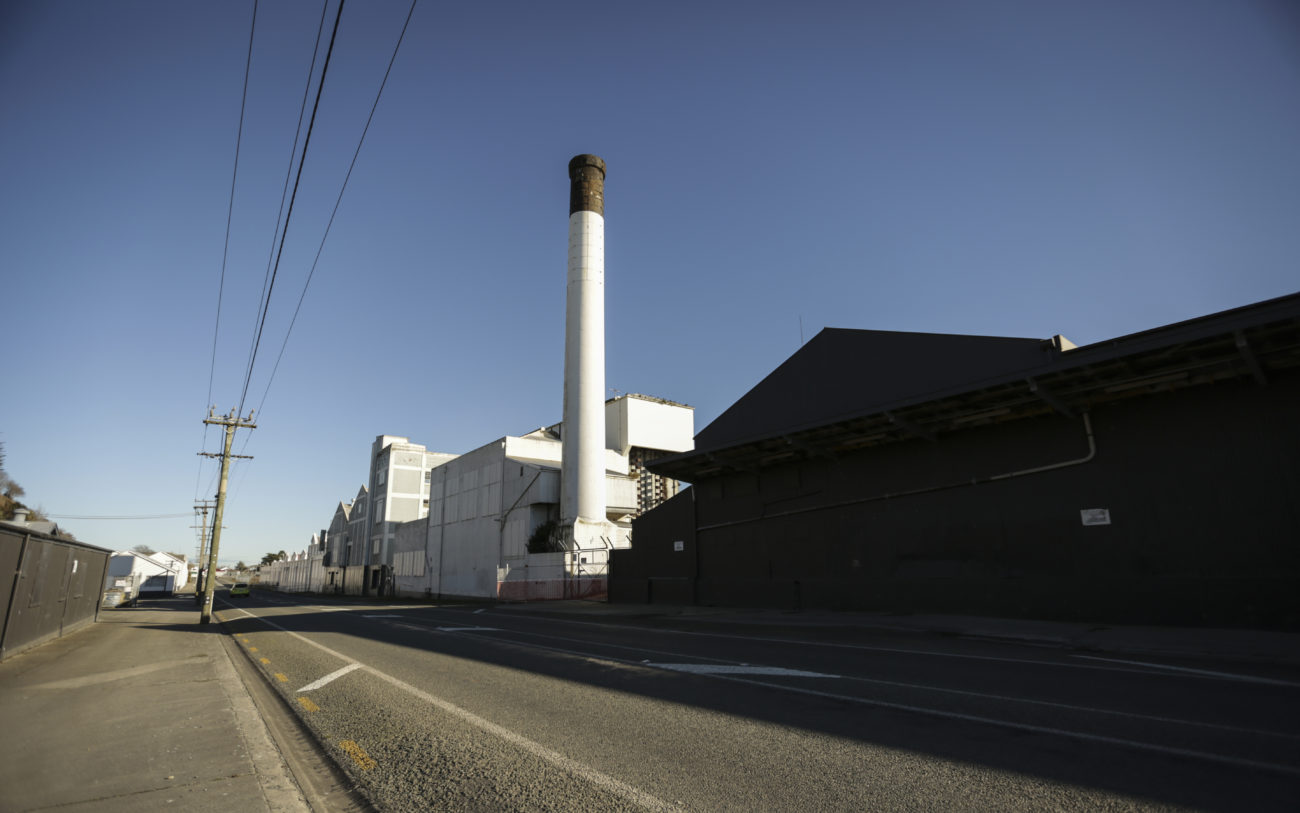 Move it now, and make Rio Tinto pay later. That’s the message from Mataura to the government after freezing weather burst a sprinkler head at the disused paper mill in the Southland town where 8500 tonnes of potentially toxic waste is stored.

The ouvea premix, a waste byproduct from the Tiwai Point aluminium smelter, came under threat for the second time this year when the building flooded yesterday.

It can release ammonia gas when it mixes with water, and this second close call follows the town being flooded by a swollen Mataura River in February.

Fortunately, the sprinkler was outside the building and although 10 centimetres of water made it inside, the waste was stored on wooden pallets and did not release any gas.

“Nobody is denying in any way, shape, or form that this is a risk and that’s why all the effort has gone in to get rid of this stuff as fast as possible.

“From a council perspective there’s been a huge effort go in to get to the point where we are now, which is we have a deal that is actually working.”

Hicks acknowledged that deal was not expediting the removal of the product, which was causing frustration and anxiety for locals.

There were other sprinklers inside the paper mill, which might also be susceptible to freezing temperatures.

According to the resource consent the system was designed with the fire risk of ouvea premix in mind, and not the risk of the toxic gas it released when wet.

Hicks said he had further questions about the sprinkler system and whether the internal sprinklers needed to be operational at present, considering the threat they posed.

When Rio Tinto ceases production at Tiwai Point in August next year, only about half of the more than 10,000 tonnes of the material moved into the paper mill – without consent and under the cover of darkness by Taha Asia Pacific – will be gone from the town.

Sort Out The Dross spokesperson Cherie Chapman said that was not good enough.

“The money is actually there. We have $4 million allocated for the transporting of that dross material. Use it, use it quickly, use it now.”

Neither the government, nor Rio Tinto, were putting the people of Mataura first, she said.

“They are so anxious and every time something happens their anxiety goes up.

Mataura ward councillor Neville Phillips said the government should front up with the cash to get it out of the paper mill immediately.

“Move it first and then we’ll figure out who’s going to front up … from then on.

A petition going before Parliament on Wednesday called for just that, Phillips said.

Legal action over the dross

While New Zealand Aluminium Smelters contracted Taha Asia Pacific to take care of the waste product in 2011, the Environmental Defence Society was arguing that contract – and Taha’s subsequent liquidation – should not absolve the smelter of responsibility.

The society’s chief executive Gary Taylor said they were asking the court to decide who had responsibility under the Resource Management Act.

In March 2018, local authorities, the government and the smelter agreed to a $4 million plan to move the waste from Mataura and other sites around Southland over six years.

Taylor said the legal action did not change that.

“We’re saying that as long as that material sits there and is a potential risk to human health then that’s their responsibility and they need to acknowledge that.

“If they did that I think you’d find the material was moved much more quickly to a safer site.”