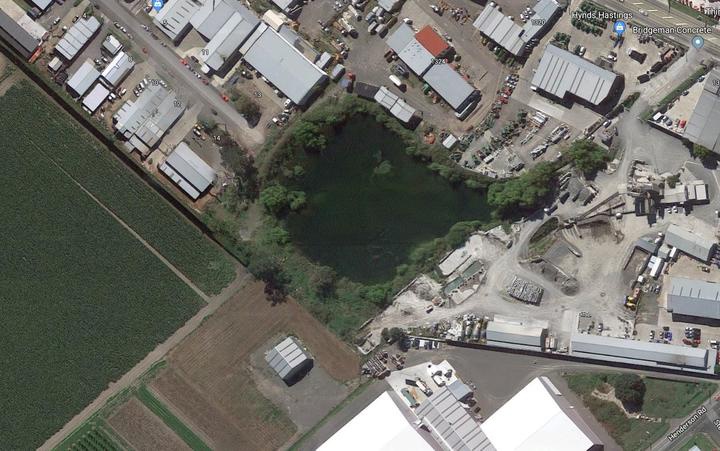 Questions are being asked about why it has taken more than a year for Hastings District Council to get advice on a lake identified as a “potential risk” to an aquifer that supplies thousands of households with water.

Lowes Pit, which is a small man-made lake in an industrial part of Hastings, tested positive for high levels of E coli in recent months, with levels in April peaking at 11,000 cfu per 100mls.

It was identified in June 2018 by the council’s Works and Services Committee as “a potential risk to the Heretaunga Plains Aquifer” and consultants Tomkin and Taylor were commissioned to look at options to improve the quality of the water being discharged into it.

But more than a year on, the work was still incomplete.

“There seems to be a real lack of urgency around trying to get to the bottom of it, when they said there was a possible risk of contamination back in June 2018,” Councillor and Mayoral candidate Damon Harvey said.

“Water is apparently our number one priority and here we have an example of where perhaps we haven’t been protecting a source as well as we should.”

Hastings Mayor Sandra Hazlehurst said: “I’d like to see the pit drained actually and the stormwater redirected, and that is one of the considerations being explored.”

The council was working with Hawke’s Bay Regional Council to look at how how this could be done and options could be put before councillors before the election, she said.

The Tomkin and Taylor report was “part of a suite of investigations” underway to fix the issue and there was “no risk” to drinking water, Mayor Hazlehurst said.

“There’s no risk to the Frimely bore. It’s very carefully monitored and tested. There is absolutely no risk in the meantime,” she said.

Hastings District Council chief executive Nigel Bickle was meeting with Tomkin and Taylor to discuss the report this week.

Lowes Pit is owned by the council but is surrounded by industrial or commercial properties. The council had a consent to allow stormwater from the surrounding sites to be discharged into the lake.

The lake feeds into the Heretaunga aquifer and within the Frimley Bore source protection zone. It was also near 13 other bores used for food processing and drinking water supplies.

Latest test results showed the water from the lake complied with New Zealand Drinking Water Standards, except for E coli.

Massey University freshwater ecologist Russell Death said it would “almost impossible” to know how much E coli ended up in the acquifer without a specific study into how that water entered it.

“It depends on what kind of gravels it filters through and what path is takes. But 11,000 is very high. If I was taking drinking water from that source I would have some serious concerns. But the water would also be tested before it was supplied to households,” he said.