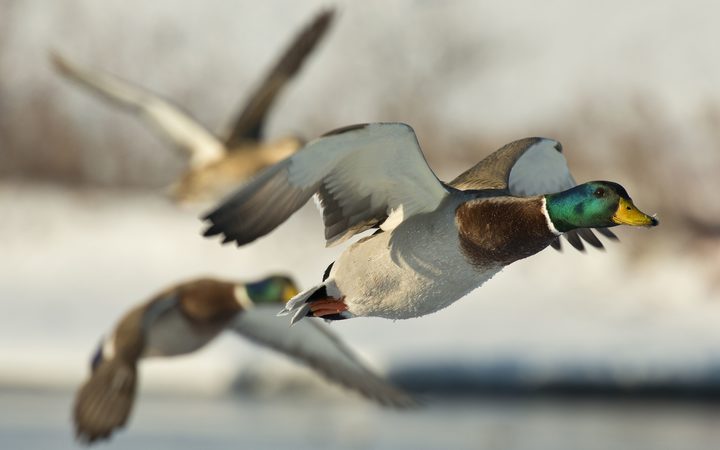 Eight mallard ducks have been found poisoned in a west Auckland park, prompting a warning for pet owners.

The birds were all euthanised by SPCA after they were found in Verdale Circle in Glen Eden.

Their gizzards were found to have wheat treated with a narcotic called alphachloralose – which usually stupefies birds beyond recovery.

Fish and Game officer John Dyer suspected a pest-control contractor might have accidentally poisoned the ducks while targeting pests.

Dyer said a pet cat or dog could die if they ate a poisoned bird, unless they were quickly taken to a vet.

If an animal does consume the poison, they should be immediately moved to a warm – not hot – place and a vet should be called without delay for further instructions.

Although the narcotic is approved for use in some instances, Dyer said there was an onus to use it responsibly or face serious legal consequences or significant fines.

Care needs to be taken to ensure only smaller pest birds can access the bait, if they need to be controlled at all.

Fish and Game asked for anyone with information about the deaths to contact them, or the SPCA or Bird Rescue in Auckland.