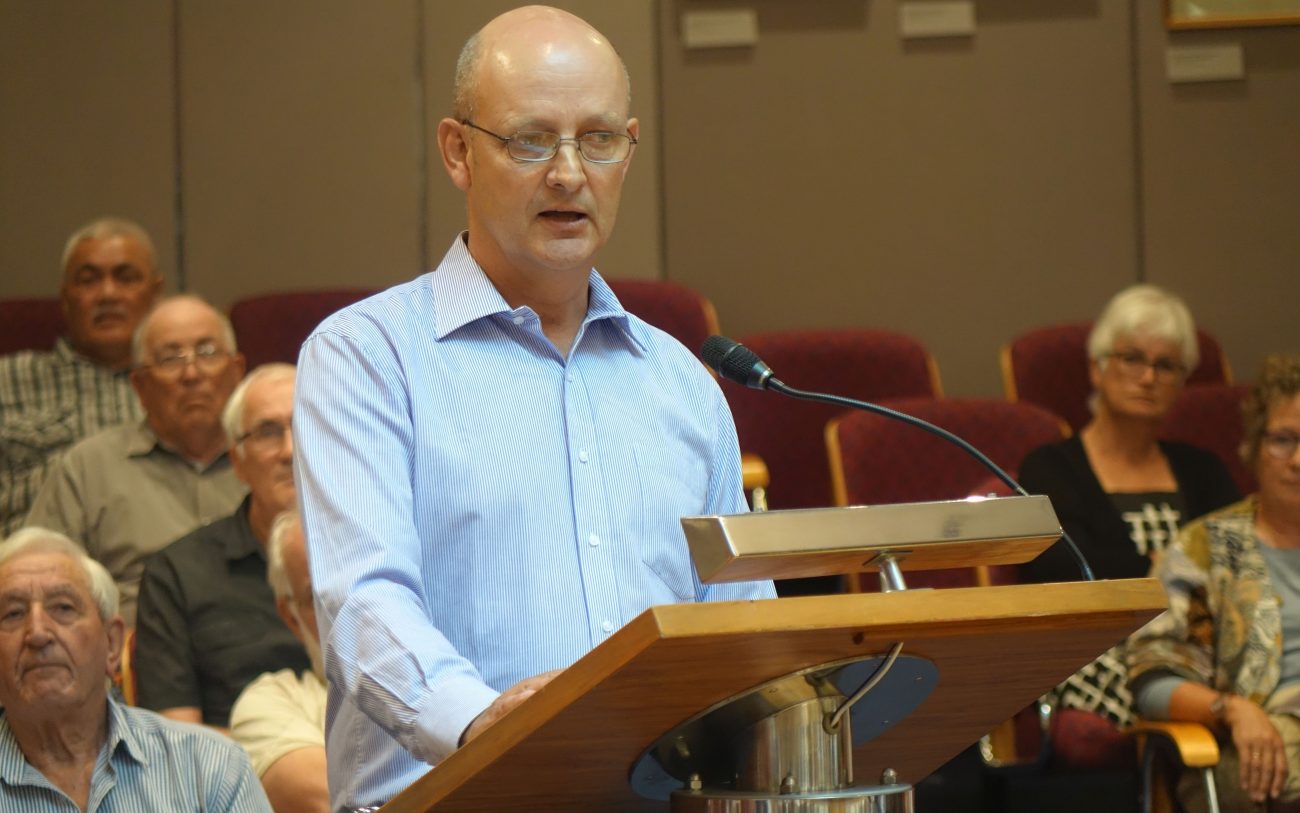 The legality of a proposed freedom camping bylaw in New Plymouth has been questioned at a public hearing today.

The council wants to introduce a ban on freedom campers travelling in cars and vans without toilets and to restrict the number of motorhomes with toilets at some sites in the district.

But submitter Chris Bush said he believed the bylaw breached the Freedom Camping Act 2011 and discriminated against tourists, young people and the less well off.

“The proposed bylaw is … being discrimatory in saying ‘no you cannot come and camp here in the New Plymouth district because you are not certified self-contained’.

“And that practice is effectively creating a prohibition on that group of freedom campers and is contrary to the act.”

The Freedom Camping Act allows bylaws to restrict access to protect an area, for health and safety reasons and to allow access.

‎However, its national policy and planning manager James Imlach warned that the council had to be careful it could justify the restricted access to some sites.

“It’s important to remember the act is a permissive statute at the end of the day. Parliament has specifically noted that freedom camping is a traditional activity valued by many New Zealanders nationwide.

“And back in 2011 ministers confirmed the act is purposefully pro-camping and that it enshrines the rights of New Zealanders to go camping on public land.”

Freedom camping was not just an activity undertaken by young tourists from overseas travelling on a budget, Mr Imlach said.

Other submissions today focussed on freedom camping in Waitara.

Bill Simpson said many locals would miss the young visitors from overseas if those without toilets were banned.

“We actually like the freedom campers coming down Marine Park because we go down and talk to them. We spend time with them and it’s lovely.”

Mr Simpson said it was important to look after manuhiri or visitors and the lack of facilities was the real problem.

Fenny de Ruiter lives on Battiscombe Terrace, Watiara, where freedom camping in the nearby beach carpark would be restricted to four self-contained vehicles under the bylaw.

“We don’t mind the freedom campers, also the non-self-contained freedom campers. It’s not a problem to share our paradise, because that’s what it is, we just don’t want to be overrun.”

Ms de Ruiter thought the burden of freedom campers needed to be shared more evenly around the district and she noted some well-heeled beach suburbs in New Plymouth would have a complete ban.

But Josephine Moore welcomed the restrictions at Battiscombe Terrace.

“As a mother of four kids between the ages of two and 10, who all surf, we need somewhere to go and park our car to unload our boards, wetsuits and buckets and spades.

“If there’s no restriction at the Battiscombe Terrace carpark and it’s constantly full of freedom campers there’s nowhere for us to park.”

The council received 110 submissions on the draft bylaw – 52 opposed to banning freedom campers without toilet facilities while 47 were in favour of the ban.

A decision will be made by the full council.