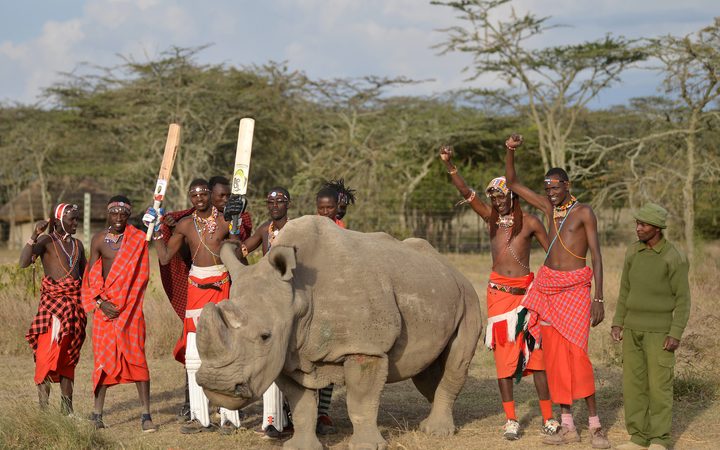 Sudan, 45, lived at the Ol Pejeta Conservancy in Kenya. He was put to sleep on Monday after age-related complications worsened significantly.

His death leaves only two females – his daughter and granddaughter – of the subspecies alive in the world.

Attempts to use Sudan to prolong the species with the two surviving female rhinos had failed, and an account was created for him on the dating app Tinder last year, not to find love, but to help fund the development of IVF for rhinos.

The move won him fans across the world – fans who will now be mourning his death and the northern white rhino’s proximity to extinction.

The male rhino, who was the equivalent of 90 in human years, was being treated for degenerative changes in his muscles and bones, combined with extensive skin wounds.

He was unable to stand up and was suffering a great deal in his last 24 hours, Ol Pejeta Conservancy tweeted on Tuesday.

Sudan will be remembered for his unusually memorable life. In the 1970s, he escaped extinction of his kind in the wild when he was moved to Dvůr Králové Zoo. Throughout his existence, he significantly contributed to survival of his species as he sired two females.