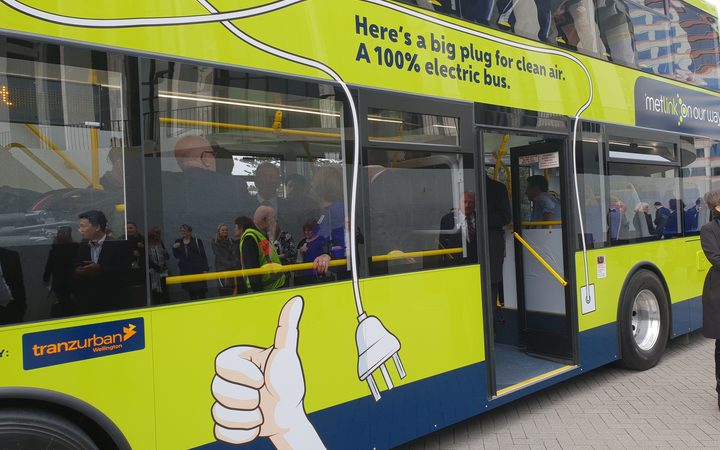 Labour says it will require councils to purchase only zero emissions buses by 2025 in a bid to decarbonise the public transport bus fleet a decade later.

In climate change policy released today, the party says it would support regional councils and bus companies by contributing $50 million over four years for buses powered by electricity, hydrogen or “other power sources that reduce greenhouse gas emissions”.

Other transport initiatives from Labour to reduce emissions include introducing a vehicle fuel efficiency standard for new and used light vehicles entering the fleet and extending the current road user charge exemption for heavy electric vehicles after 2025.

Road transport emissions make up 19.1 percent of gross greenhouse gas emissions in New Zealand, and road fuel use is one of the five major contributors to our emissions increases.

Labour has also pledged to phase out fossil fuels in process heat (heat used in industrial processing, manufacturing and space heating) by banning installation of new low and medium temperature coal-fired boilers and replacing them with electric alternatives.

It would also support agricultural climate change research programmes by increasing funding by $6m a year.

A second term in government for Labour would see a focus on “practical steps” and build on work it has already done, such as the Zero Carbon Act, He Waka Eke Noa – an agreement with farmers to reduce agricultural emissions – and the establishment of the Climate Commission and the Green Investment Fund, Ardern says.

Labour leader Jacinda Ardern says “I have said that climate change is my generation’s nuclear free moment and the work we have done – and plan to continue – demonstrates Labour’s commitment to that”.

“During our first term in government, climate change was at the centre of all our policy work and commitments. It is inextricably linked to our decisions on issues like housing, agriculture, waste, energy and transport.

“We firmly believe that to have a real impact on climate change, we must build consensus so the changes stick, and the work must be integral to the range of major policy decisions governments make.”

Labour’s climate change spokesperson Megan Woods says the Covid-19 recovery means tackling climate change is an opportunity “not just to help save our country and our planet but also to create jobs”.