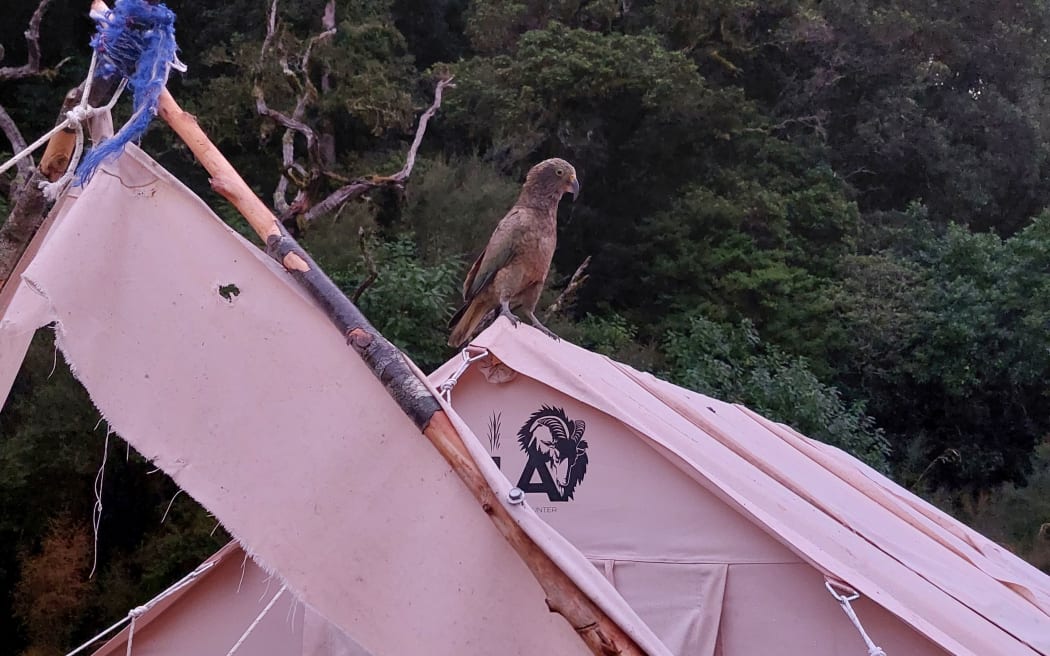 Having a tent pecked and shredded to pieces by a flock of juvenile kea is actually a positive, a conservation group manager says.

Members of Zero Invasive Predators were on a field trip to Mount Adams on the West Coast continuing pest eradication work that aims to eliminate rats, stoats and possums from the area.

A tent had been set up as a base for them as the work that started four years ago continues.

The group’s innovation director Phil Bell said the tent did not last long as a mob of eight juvenile kea set about destroying it.

“They [group members] came to work in the area to find that the tent had been torn up by kea so it was time to pack up and go home.”

As far as Bell and his group are concerned, it is not a setback but a sign that the kea population is starting to flourish again on the West Coast.

Trail cameras have been installed in the area to monitor for predators.

“The cool thing is that they see plenty of kea as well.

Work by other agencies such as the Department of Conservation confirmed the population findings along the West Coast which was “an awesome sign” for kea, Bell said.

The main threats remained stoats, feral cats and the curious behaviour exhibited by kea put them at risk.

Kea are well known for targeting shiny objects such as roof racks and “the hunters in the area have already told us about a few encounters they have had”.

Pest control, the lead in roofs and playing around with cars could also be lethal.

“As we become used to having them around again, I think we’ll find ways to enjoy having the kea around and enjoy watching them have a good time but not so much of a good time that they maybe wreck your house a little bit.”

Last month a kea made off with an Australian tramper’s shoe on Mt Aspiring Park near Wanaka. Another tramper came to the rescue and managed to reunite him with the shoe.