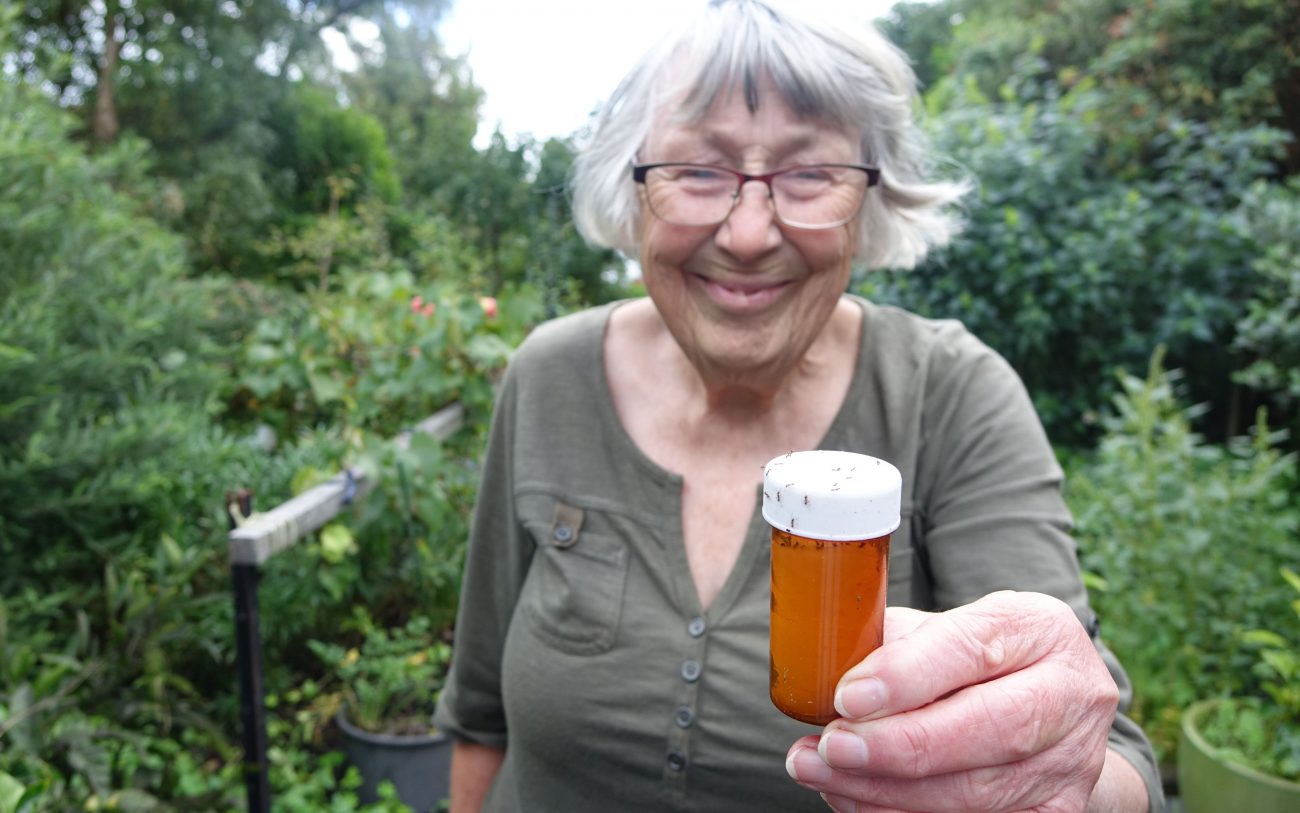 Frustrated residents on the Kāpiti Coast are waging a war against Argentine ants.

The ants – which are light brown in colour – have been plaguing the community of Raumati for a couple of years, but the warmer weather brought them out in force this year.

It did not take long to find them moving quickly along Poplar Avenue resident Jenny Scott’s fences and gardens.

“You can’t sit outside and have a BBQ, you can’t put the baby down on the grass … they just run all over your hands and up your arms,” she said.

The ants are an invasive pest that can bite, and they reproduce at a fast rate.

They are a dominant species that are aggressive towards normal ants and other species.

Another member of the Raumati South Residents’ Association, Phill Simmonds, who’s lived in the area for nearly 40 years, said it was the worst he had ever seen.

“They come in looking for things and there’s a trail … a very noticeable trail around the the room … yeah I’m frustrated – this is definitely war,” he said.

Jane Perry also said it was becoming a real nuisance.

“When there’s ants around you are continually apologising for the ants… it is like ‘sorry, excuse the ants’,” she said.

She said the problem could get worse if the ants travelled on people and cars to other locations.

The Raumati South Residents’ Association was turned down for funding by Kāpiti Coast District Council to run a bait programme, but it was soldiering on anyway.

It was spending about $100 towards getting this weekend’s bait programme sorted.

Dorothy Thomson said there would be a group out in force with one mission – to kill.

“We just want en masse slaughter of them … something’s got to go and they have to,” she said, with a laugh.

A pest control expert has told RNZ the bait programme would be a short-to-medium term fix, as there was no way to fully eradicate the Argentine ants, now that they had arrived.