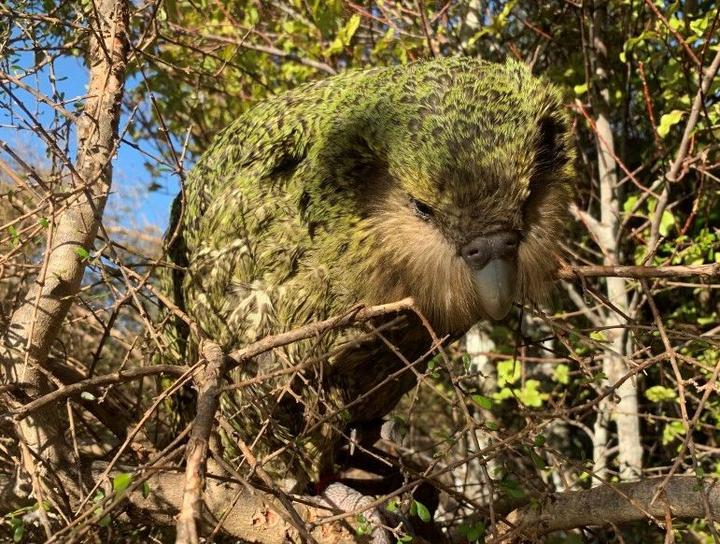 The kākāpō population has reached a new high of 213 birds, following the largest breeding season on record. This is a significant increase from the 147 birds that were alive at the beginning of the season.

Department of Conservation’s Kākāpō Recovery Team scientist Dr Andrew Digby says “there are probably more kākāpō alive today than at any time in the past 70 years.”

Kākāpō Recovery manager Deidre Vercoe says the next challenge will be to find new predator-free homes for the giant endangered parrots, as the two main breeding islands are at capacity.

You can subscribe to the Kākāpō Files as a podcast – for free – at Apple Podcasts, Spotify, Stitcher, Google Podcasts, iHeartRADIO and RadioPublic.

The 2018-2019 kākāpō breeding season has been one for the record books in many ways. It kicked off in December 2018 with the earliest mating on record, and by the time mating ended in April it was also the longest breeding season.

Breeding occurred on two of the three three kākāpō islands – Whenua Hou / Codfish Island and Anchor Island, where every adult female except one bred.

Overall, 253 eggs were laid, although only 86 hatched, due to high levels of infertility and early embryo deaths.

Of those 86, 72 reached 150 days old, which is when they are considered to have graduated from being a chick to a juvenile. Stella-3-B was the last chick to reach the 150-day milestone on 17 September.

Juveniles will not be counted as adults until they reach breeding age, at five years old.

Number of aspergillosis deaths rises to 8

The current total of living juveniles is now 71, following the unexpected death last week of Margaret-Maree-2-B. A post-mortem showed he had died from aspergillosis, despite receiving an all-clear from the vets when an earlier CT scan showed no sign of the disease.

Kākāpō scientist Andrew Digby says they are investigating closely, to try and find out whether the medical check-up had missed a small infection or whether the juvenile contracted the deadly fungal disease after the check-up. He says the latter scenario would be very concerning, as all infections to date were associated with infected nests.

Margaret-Maree-2-B was one of three chicks conceived by artificial insemination. Nora-3-B, whose father is the Fiordland male Sinbad, is the only one of these three still alive.

The death of Margaret-Maree-2-B brings the total number of kākāpō killed by aspergillosis to 8, including adult females Huhana and Hoki, as well as six chicks.

The aspergillosis crisis is not over yet, with four kākāpō remaining at Auckland Zoo for ongoing treatment, including the adult females Margaret-Maree and Cyndy.

The juvenile Waa-2-B continues treatment at the Dunedin Wildlife Hospital for a significant leg injury which has led to the amputation of all the toes on one foot. Andrew Digby says it is not yet clear if this will prevent the bird from living independently in the wild.

Six kākāpō juveniles are in the hand-rearing pen on Whenua Hou, learning to eat wild food and find shelter from the weather. They will be joined today by another juvenile that has been in treatment in Dunedin. This makes a total of ten chicks that are not yet considered to have fledged, and they won’t be until they are released into the wild.

The success of the 2018-19 kākāpō breeding is due to a mega mast year which saw large amounts of forest fruit available for the birds, and to an innovative double-clutching programme that saw many females nest twice.

The previous most successful breeding season was 2015-16 when 34 chicks fledged.