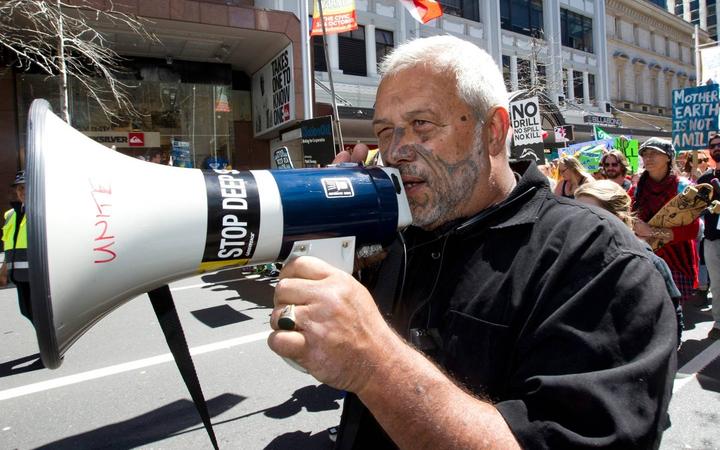 An iwi leader is suing the government over its “failure” to act fast enough on climate change.

Climate change iwi leaders group chair Mike Smith, from Ngā Puhi and Ngāti Kuri, made the announcement he was taking the government to court at today’s release of the Interim Climate Change Commission report.

Mr Smith said he wanted the government to declare it would halve greenhouse gas emissions in the next decade, and eliminate them by 2050.

“It’s not good enough just to set far-off targets, especially ones that let our biggest polluters like the agricultural sector off the hook so they can have a bit more time to turn a profit. The fact is we are out of time and are now looking at damage control.”

It is the second time the government has been taken to court over its climate targets. Waikato law student Sarah Thomson became the first when she challenged the then Minister for Climate Change, Paula Bennett, over her failure to reset New Zealand’s emissions targets to ensure it was meeting the Paris climate agreement.

While she lost her legal challenge, Mr Smith is confident he will win.

“We have no other alternative. This is the time: we have to stand up and act and we don’t believe that the government is doing that with enough speed and scale [and] that’s why I’m asking my solicitors to see if we can get them a decision from the courts to compel them to move faster on these issues,” Mr Smith said.

If the government does not take drastic action, Mr Smith said low lying coastal communities like his own in Whangaroa in the Far North are at risk of being inundated with water in a few decades.

“We have fourteen hapū that are all down at sea level, we have marae, we have papakāinga, we have urupā, wāhi tapu and other significant places for us that are all under threat and will be underwater in the next 30 – 40 years.”

He said Māori were also threatened by climate change because traditional resources like fisheries would be damaged by ocean acidifcation.

“Any of our little marine creatures that wear their skeletons on the outside, like pipi, like kuku, toheroa, kōura, all those types of species, their skeleton [or] their armour can’t harden up and as a result they get predated, they get munched by the other creatures, and so if they all fade away, it causes a domino effect.”