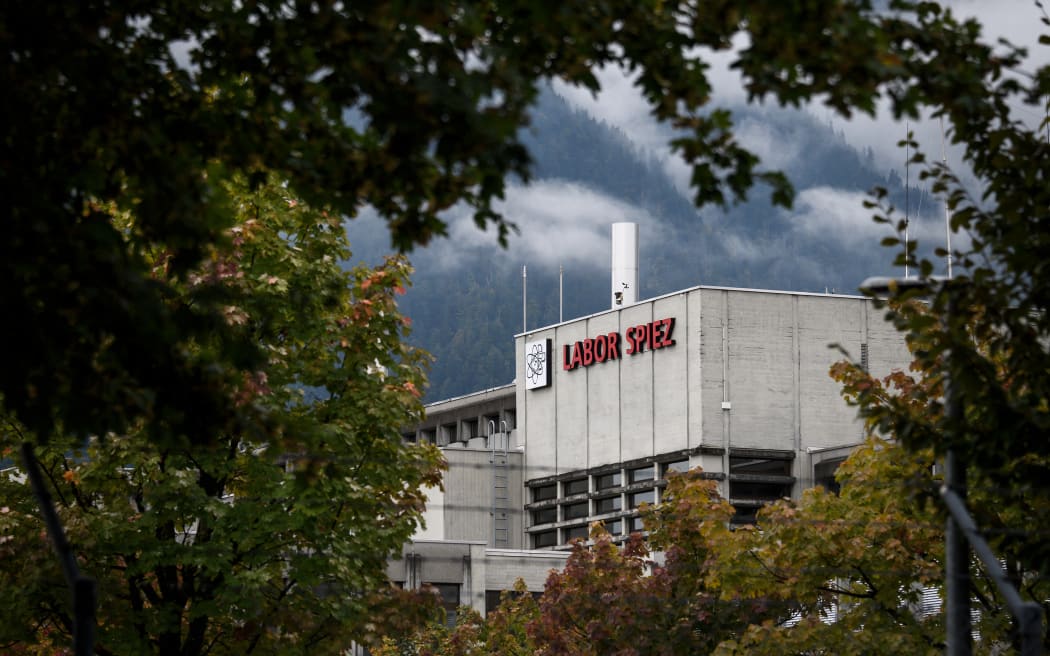 The setting is straight from a spy thriller: Crystal waters below, snow-capped Swiss Alps above and in between, a super-secure facility researching the world’s deadliest pathogens.

Spiez Laboratory, known for its detective work on chemical, biological and nuclear threats since World War Two, was tasked last year by the World Health Organization (WHO) to be the first in a global network of high-security laboratories that will grow, store and share newly-discovered microbes that could unleash the next pandemic.

The WHO’s BioHub programme was, in part, born of frustration over the hurdles researchers faced in getting samples of the SARS-CoV-2 virus, first detected in China, to understand its dangers and develop tools to fight it.

But just over a year later, scientists involved in the effort have encountered hurdles.

These include securing guarantees needed to accept coronavirus variant samples from several countries, the first phase of the project. Some of the world’s biggest countries might not co-operate. And there is no mechanism yet to share samples for developing vaccines, treatments or tests without running afoul of intellectual property protections.

“If we have another pandemic like coronavirus, the goal would be it stays wherever it starts,” Isabel Hunger-Glaser, head of the BioHub project at Spiez, told Reuters in a rare media interview at the lab. Hence the need to get samples to the hub so it can help scientists world-wide assess the risk.

“We have realised it’s much more difficult” than we had thought, she said.

Safety in the mountains

Spiez Lab’s exterior provides no hint of the high-stakes work inside. Its angular architecture resembles European university buildings erected in the 1970s. At times, cows graze on the grassy central courtyard.

But the biosafety officer in charge keeps his blinds shut. Alarms go off if his door is open for more than a few seconds. He monitors several screens showing security camera views of the labs with the greatest Biosafety Level (BSL) precautions.

SARS-CoV-2, the virus causing Covid-19, is studied in BSL-3 labs, the second-highest security level. Samples of the virus used in the BioHub are stored in locked freezers, said Hunger-Glaser. A system of decreasing air pressure means clean air would flow into the most secure areas, rather than contaminated air flowing out, in a breach.

Scientists working with coronavirus and other pathogens wear protective suits, sometimes with their own air supply. They work with samples in a hermetically sealed containment unit. Waste leaving the lab is super-heated at up to 1,000 degrees Celsius to kill pathogens clinging to it.

To date, Spiez has never had an accidental leak, the team say. That reputation is a key part of why they were chosen as the WHO’s first BioHub, said Hunger-Glaser.

The proximity to WHO headquarters, two hours away in Geneva, helped too. The WHO and Swiss government are funding the annual CHF600,000 (NZ$1m) budget for its first phase.

Researchers have always shared pathogens, and there are some existing networks and regional repositories. But the process is ad hoc and often slow.

The sharing process has also been controversial, for instance when researchers in wealthy countries get credit for the work of less well-connected scientists in developing nations.

“Often you just exchanged material with your buddies,” said Hunger-Glaser.

Marion Koopmans, head of the Erasmus MC Department of Viroscience in the Netherlands, said it took a month for her lab to get hold of SARS-CoV-2 after it emerged in the central Chinese city of Wuhan in December 2019.

Chinese researchers were quick to post a copy of the genetic sequence online, which helped researchers begin early work. But efforts to understand how a new virus transmits and how it responds to existing tools requires live samples, scientists said.

Luxembourg was the first country to share samples of new coronavirus variants with the BioHub, followed by South Africa and Britain.

Luxembourg got Omicron samples from South Africa, via the hub, less than three weeks after it was identified, enabling its researchers to start assessing the risks of the now-dominant strain. Portugal and Germany also received Omicron samples.

But Peru, El Salvador, Thailand and Egypt, all of which signalled in early 2022 that they wanted to send in variants found domestically, are still waiting, chiefly because it is unclear which official in each country should provide the necessary legal guarantees, Hunger-Glaser said.

There is no international protocol for who should sign the forms providing safety details and usage agreements, she added. None of the four countries responded to requests for comment.

Both the WHO and Hunger-Glaser stressed the project is a pilot, and they have already sped up certain processes.

Another challenge is how to share samples used in research that could lead to commercial gain, such as vaccine development. BioHub samples are shared for free to provide broad access. However this throws up potential problems if, for example, drugmakers reap profits from the discoveries of uncompensated researchers.

The WHO plans to tackle this longer-term, and bring labs in each global region online, but it is not yet clear when or how this will be funded. The project’s voluntary nature may also hold it back.

“Some countries will never ship viruses, or it can be extremely difficult – China, Indonesia, Brazil,” said Koopmans, referring to their stance in recent outbreaks. None of the three responded to requests for comment.

The project also comes amid heightened attention on labs world-wide after unproven claims in some Western countries that a leak from a high-security Wuhan lab may have sparked the Covid-19 pandemic, an accusation China and most international scientists have dismissed.

Hunger-Glaser said the thinking around emerging threats must change post-Covid-19.

“If it is a real emergency, WHO should even get a plane” to transport the virus to scientists, she said.

“If you can prevent the spreading, it’s worthwhile.”