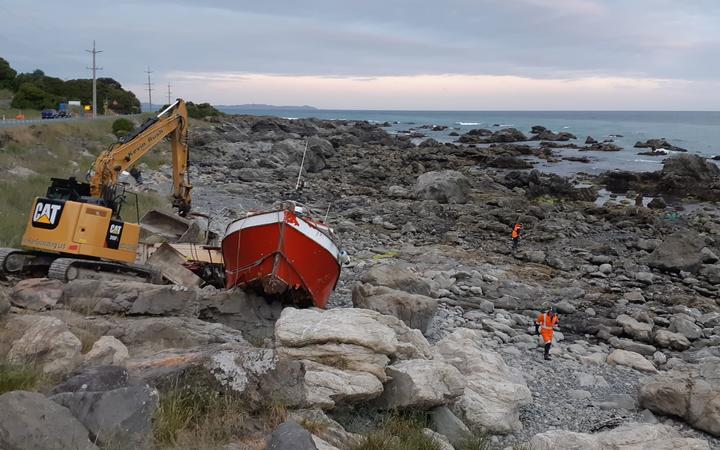 About 600 litres of diesel fuel has been spilt into the ocean near Kaikōura’s South Bay after a small fishing boat ran aground.

The boat, the Ruff-Enuff, ran aground yesterday, and was successfully removed around 9pm.

The Canterbury Regional Council’s regional on-scene commander, Richard Purdon, said when the vessel ran aground the tanks ruptured and about 600 litres of diesel fuel was lost.

He said about 60 litres of mixed fuels was removed from the vessel before it was towed above the high tide mark last night.

Diesel is a very light fuel which spreads and evaporates quickly, and Mr Purdon said this was likely to happen over the coming days.

“No affected wildlife has been observed as yet, however, the response team is undertaking shoreline and wildlife assessments,” Mr Purdon said.

Anyone who sees oil in the water or distressed wildlife is asked to call the regional council’s incident response line on 0800 765 588 immediately, or use the app Snap Send Solve.