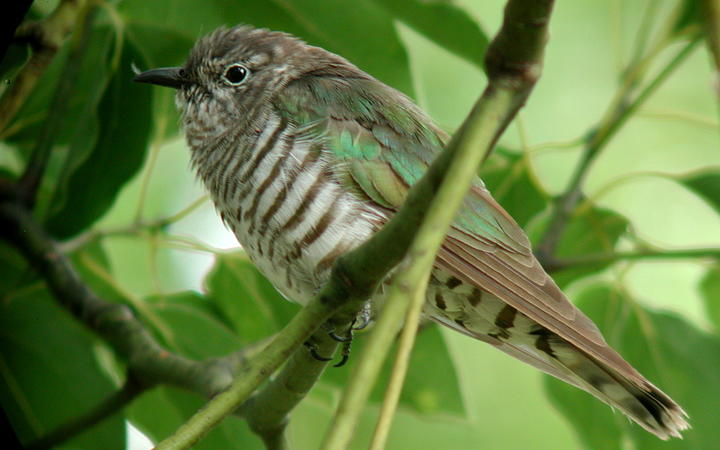 Can you tell the difference between a korimako/bellbird and a tūī, or a morepork and a kiwi? Birdsong expert of 39 years Paul Cuming shares tips on how to tell one bird from another.

He says birds have always been part of his life, recalling the bush walks with his family when he was younger.

Once he got bored with Scouts, he joined Hamilton’s Junior Naturalist Club – which is made up of university students and lecturers.

Starting off with his favourite bird the pīpīwharauroa/shining cuckoo, he says their birdsong indicates the start of spring.

“It comes all the way from the Solomon Islands and unfortunately lays eggs in other birds’ nests … that’s what cuckoos do.

“But the call is very reminiscent of springtime in New Zealand and it gives you an idea that spring is around the corner.”

The difference between the korimako/bellbird and the tūī, Cuming says is that the bellbird always has “a certain set of calls that it makes”, whereas a tūī call uses parts of other birds’ songs – “it’s quite a good mimic and is really random because it has two voice boxes … it can have a duet with itself”.

As for morepork calls, he says people often get them confused with kiwi bird calls.

“Throughout the time I’ve been involved with Birds New Zealand and Western Bay Wildlife Trust we’ve often got calls about kiwi at night and they’ve turned into morepork.”

The most recent bird on the scene is the eastern rosella, he says.

“It’s got a variety of calls that will probably flummox the normal person in the street. It’s one of these birds that has adapted really well to escaping a cage.”