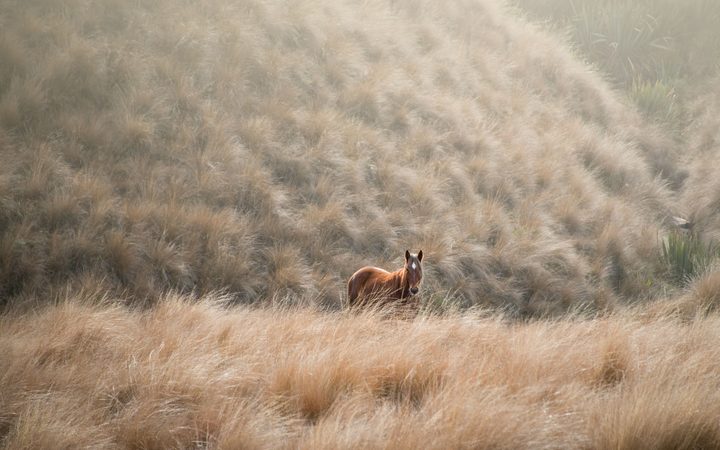 Homes are urgently being sought for 70 wild horses that are being mustered out of the Kaimanawa Ranges next month.

The Department of Conservation said the animals needed to be removed from the the Waiouru Military Training Area in the Central North Island to keep the herd of wild horses there at a sustainable level of 300.

DOC operations manager Dave Lumley said this allowed for the horses in the herd to maintain best condition and also protects the fragile ecosystems, unique to the Moawhango Ecological Zone.

“The unique tussock grassland where the horses roam contains threatened plants, including at least 16 species in the New Zealand Threat Classification System, some of which are found nowhere else in the world,” he said.

Mr Lumley said ideally all suitable horses would be rehomed, as was the case for the horses mustered in 2016 and 2018.

“However, we know it’s a real challenge for the rehoming groups to find so many suitable homes,” he said.

The charitable organisation, Kaimanawa Heritage Horses, helps find homes for the animals so they could avoid slaughter.

Chairperson Kimber Brown said so far applications had only been received for about 13 horses.

“With only four weeks left until applications close on April 1 there’s not a lot of time left for interested parties to deliberate. That leaves a lot of horses still in need of caring homes with suitably experienced new owners,” said Ms Brown.