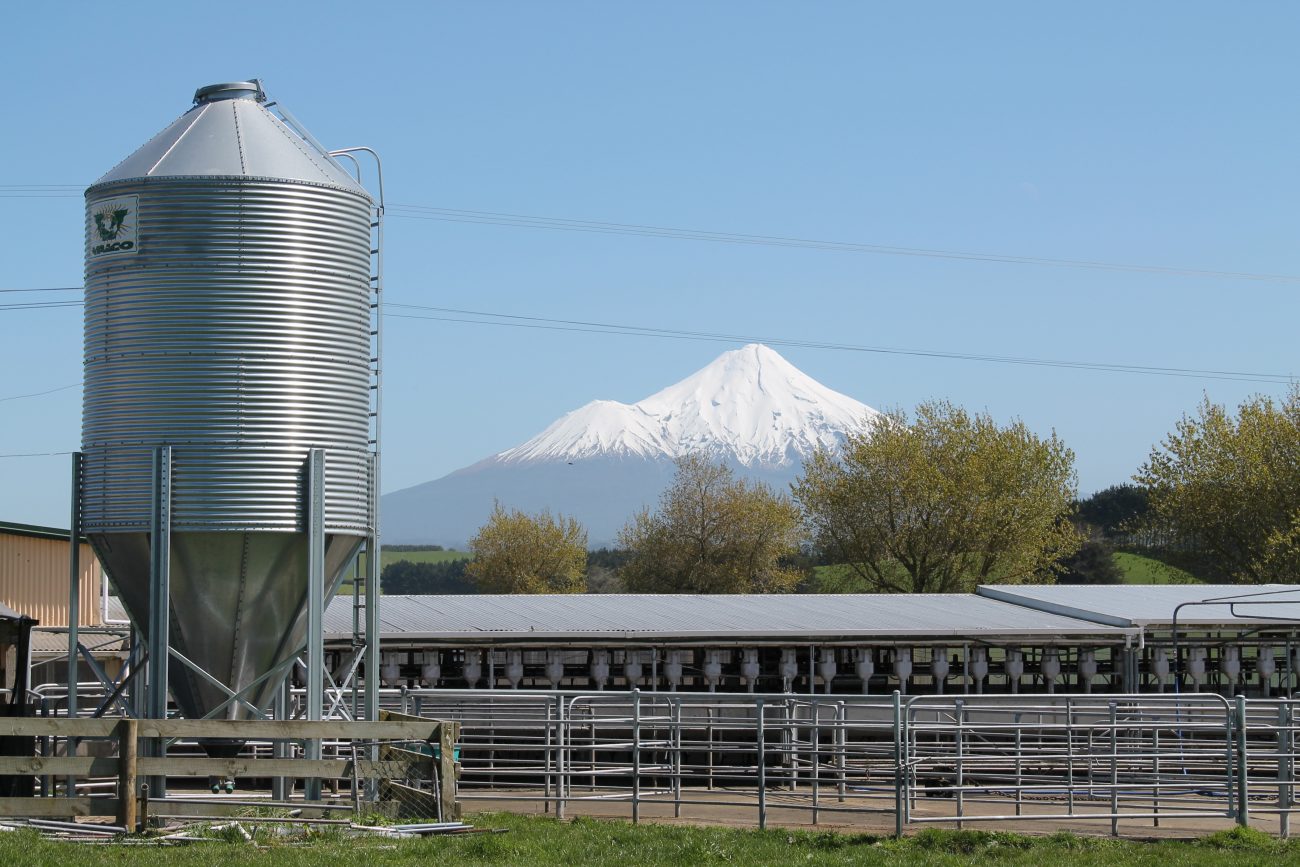 The government is still focused on industrial dairy farming and its forecasts are based on the assumption that there will be more irrigation, Greenpeace says.

Other people in the industry are also worried, saying the Ministry for Primary Industries is focusing on dairy production growth – instead of trying to make the sector more profitable.

The Ministry’s 2016 Situation and Outlook report estimated that in the next five years dairy cow numbers will return to their peak of 5.2 million and milk solids production will increase by 14 percent.

But Greenpeace’s agricultural campaigner, Genevieve Toop, said that was all based on assumptions.

“There’s absolutely no doubt that the suspected increase in dairy cows will come from the proposals for large scale irrigation schemes. There’s about eight proposals and they’re going to put around 100,000 hectares of land into new dairy as well as intensifying existing dairy.”

The dairy sector had reached its capacity, Ms Toop said.

“We can’t currently handle the number of dairy cows we have at the moment, our waterways cannot cope with that.

“The parliamentary commissioner has said in one of her reports that even with best practice mitigation the conversion of land into dairying is going to result in more degraded fresh water. New Zealanders have a choice, we can either have more cows or clean rivers, we simply cannot have both.”

Greenpeace was not against dairy farming – it just wanted a better discussion around cow numbers and stocking rates, Ms Toop said.

MPI said in a statement that the rate of increasing dairy farming land had slowed substantially and the forecasts were that this would continue.

“Our forecasts show that this slower rate of change will likely continue as long as suitable land is available and profitability is achievable within the known constraints.”

The Ministry also said the 14 percent in milk solids was a result of higher productivity from dairy cows, and a recovery in herd numbers to 2014 levels (5.18 millions cows).

“In terms of the total number of dairy cows in milk, the estimate of 5 percent growth between 2016 and 2021 is due to an assumed gradual recovery in dairy cow numbers from the fall experienced in 2015.

“This fall was the product of a combination of low milk prices and high beef prices. The recovery forecast to 2021 will see cow numbers return to within 0.5 percent of what cow numbers were in 2014.”

Ecologist and veterinarian Alison Dewes said in an area like Waikato, dairy farming was clearly taking its toll.

Waikato Regional Council had developed a proposed Healthy Rivers Plan to improve its water quality, but one change is for tighter controls on changing land use.

Ms Dewes was working with farmers in the Rotorua Catchment and and Coastal Bay of Plenty to help them design systems to farm inside nitrogen limits, in order to meet regulations.

To reach a 14 percent forecast rise in milk solid production, each cow would need to produce another 30 kilograms of milk solids a year, which would require about 10 percent more feed.

It would be detrimental to try and produce more feed to meet the government forecasts for milk solids, Ms Dewes said.

“We’re actually getting a slow decline in pasture harvest, so there is possibly something happening to our soil with compaction and damage,” she said.

“They [farmers] are not continually … lifting productivity so the only way we can get that is going harder with more nitrogen, better pasture management, more palm kernel imports, maybe more water and more cropping.”

Research she had carried out as part of a doctorate showed that, on average, dairy farms were overstocked by about 20 percent.

“That mentality comes from our historical growth patterns and drivers. You could increase your farm area, get more milk solids, gain more water, potentially convert more farms and make money out of growth.

“But in reality if we now put a wall around how much land and resource we can use, we’ve actually got to be looking at how we could be more profitable with the same land and with more appropriate input.”

That would result in a more resilient farming system that was better for farmers, but not necessarily right for the Fonterra growth model, she said.

Under the Dairy Industry Restructuring Act, Fonterra has to accept all milk from its suppliers, and the co-operative said it expected growth to continue.

“Our farmers have responded to lower prices with reduced stocking rates and less use of supplements and continue to take the lead in environmental regulation.

“While ongoing growth may not be practical in some areas, overall it is likely growth rates will remain in the 2-3 percent band and farmers will continue to concentrate on sustainability as much as productivity.”

Fonterra said it aimed to provide forecasts year-by-year based on market realities.

“We take a long-term view of the market in our strategy, but we’re also aware that recent history shows that volatility can make a significant difference between forecasted and actual outcomes.”

The MPI forecast is for a 55 percent increase in the value of dairy exports by 2021.

But Mr Cookson said environmental regulations were tightening, and that did not appear to have been factored into the report.

“I wonder whether some of those estimates they made with historical data may not necessarily reflect what might happen in the next decade, especially within the Waikato,” he said.

The data was based on a model that estimated annual pastoral production at a national scale, MPI said.

“The model estimates future stock numbers and subsequent production for the dairy, sheep, beef and deer sectors based on the Statistics New Zealand Agricultural Production Survey. Historical information, estimates of future land use, stocking rates, productivity and changes in prices are used to inform these estimates.”

However, Mr Cookson said volatility was here to stay and the forecast milk price of $7.94kg/ms by 2021 could be overly optimistic.

One issue was that some farmers were quick to increase cow numbers when the milk price lifted, he said.

On his own farm, he had learnt to focus on profitability.

“We started with 1150 cows five years ago, we’re now milking 850 cows and doing approximately the same amount of milk solids.

“Hopefully that creates a business that is more resiliant, that can ride the ups and downs of our environmental constraints, climatic constraints – but also the pay-out fluctuating as much as it has over the past few years.”