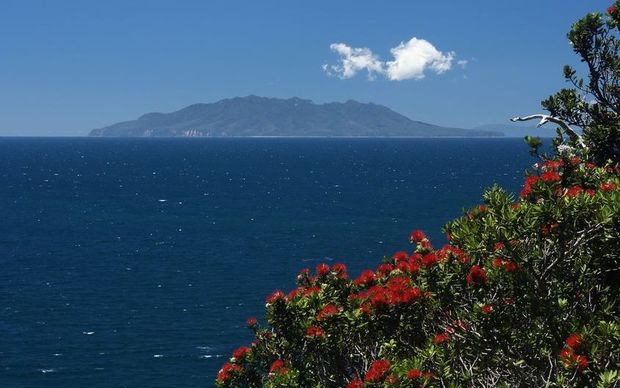 A protest is being held over a controversial decision to drop the poison brodifacoum for pest control on Rakitū Island, just north of Great Barrier Island.

Some hapū members of Ngāti Rehua are upset the poison is being used and a rāhui (temporary ritual prohibition) has been placed on the island without consultation.

Organisers of the protest said they had been left in the dark over the decision.

Kelly Klink has been a part of the 11-day protest at the Okiri DOC station and said the brodifacoum (a rodent poision) drop would affect those who lived on Great Barrier Island.

“The people on Great Barrier Island live off the ocean – their source of food is in the ocean.

“If Rakitū gets poisoned that poison will lead into our marine life, our bird life and damage all sources of our food.”

Rakitū Island is 2.5km north east of Great Barrier Island and it holds significant meaning to the people of Ngāti Rehua.

It was the place their tūpuna (ancestors) lived and still has an abundance of marine species and birdlife.

The rat bait for the operation comes in the form of a hard pellet which is dyed green to deter brids from eating it.

Two public notices about the rāhui were published in the Barrier Bulletin by the Ngāti Rehua – Ngātiwai ki Aotea Taumatua kaumātua, and the Department of Conservation in May.

The notice said the rāhui will be placed on Rakitū Island outwards to a 500 metre circumfrence.

DOC said the overall effect on wildlife would be insignificant compared to the last 150 years of rats attacking and eating wildlife.