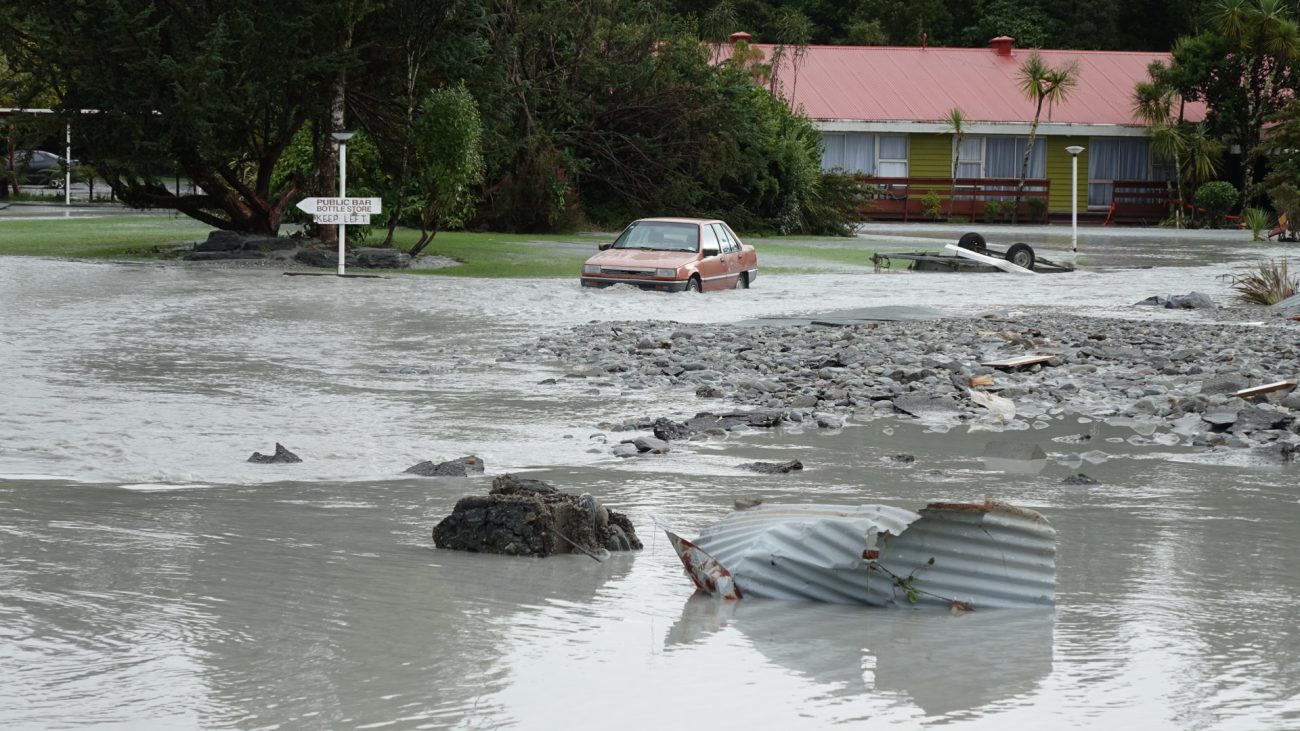 The government has approved a scaled-down version of the Franz Josef flood protection plan, but one which will still be a major shot in the arm for the stricken tourist town.

Work is to go ahead on upgrading the northern stopbanks of the Waiho (Waiau) River, in a $12.3 million project over 18 months, providing up to 30 full-time jobs.

The government will commit $9.23m from the provincial growth fund, with co-funding of just over $3m from local ratepayers.

Announcing the decision in Hokitika this morning, Economic and Regional Development Minister Stuart Nash said it would put fresh investment and confidence into the region.

“The jobs and commercial activity generated by the project will give the local economy an immediate shot in the arm as it recovers from the loss of international tourists following the global pandemic,” Nash said.

The West Coast Regional Council pitched the Waiho project to the government last year as a $24m Covid-19 recovery scheme, to expand and strengthen stopbanks on both sides of the wild river and build a new State Highway bridge.

Although initially approved, it was put on hold after the 2020 election while the incoming government reviewed it.

Nash said there had to be a level of transparency and due diligence.

“We needed to make sure we do things right. Whatever options we arrive at (for the south bank), the northern stopbank needs to be done first.”

“I’m absolutely delighted. We’ve been wanting this for 15 years now and it’s actually happening. We won’t be talking about Franz Josef being washed away, we’ll be talking instead about a progressive move to the north.”

The unfunded part of the project, to upgrade the the south bank walls and build a new bridge, would now go through a full evaluation process, which was “perfectly reasonable”, Smith said.

“They are trying to work out what’s best for the region and the South Island to make State Highway 6 as resilient as possible – whether that means more rockwork or letting the river have its way, re-routing the road and buying out those landowners.”

Nash said jobs, businesses, and whole communities depended on resilient infrastructure links on the West Coast, and the latest research on the Alpine Fault highlighted the threats to Franz Josef township, and massive challenges to Coast infrastructure.

“The earthquake fault-line runs down the town’s main street. The Waiho River is fed by the meltwaters of the Franz Josef Glacier and carries enormous boulders and rocks down from the mountains when it floods.”

In 2019 the Waiho bridge was swept away by a one in 100-year flood which caused widespread destruction around the town, closed SH6 for two weeks and hurt the town’s economy.

The NZ Transport Agency had rebuilt the bridge in two and a half weeks, but the damage was estimated to have led to an economic loss of up to $50m for the West Coast, Nash said.

“The unrelenting forces of nature through earthquakes, floods, and extreme weather events associated with climate change mean this community needs more help than most to plan for its future.”

The Westland mayor was asked about the wisdom of pinning the future of Fox Glacier and Franz Josef on retreating glaciers.

The glacier country was in the heart of the Tai Poutini Westland National Park and the World Heritage Area, Smith said.

“Visitors will be coming back and we need to be prepared.”

Nash said flights to the glaciers and mountains; hunting; tramping and rainforest experience would always be drawcards, and tourism operators were resilient.

The focus was also on maintaining the highway as a vital north-south connection.

“State Highway 6 is the lifeline that links South Westland to larger towns, ports and rail hubs in the north, and is the path taken by tourists to world-famous destinations in the south such as the Haast wilderness area, Queenstown, Wanaka, Central Otago and Fiordland,” the minister said.

Central government agencies, local government, iwi, businesses and the town’s residents would all have to be involved in planning the staged approach to protecting the town long-term.

“We need a bigger plan to protect the town and West Coast’s vital infrastructure for decades to come. Government agencies and councils will work alongside the community to deal with these tough issues,” Nash said.