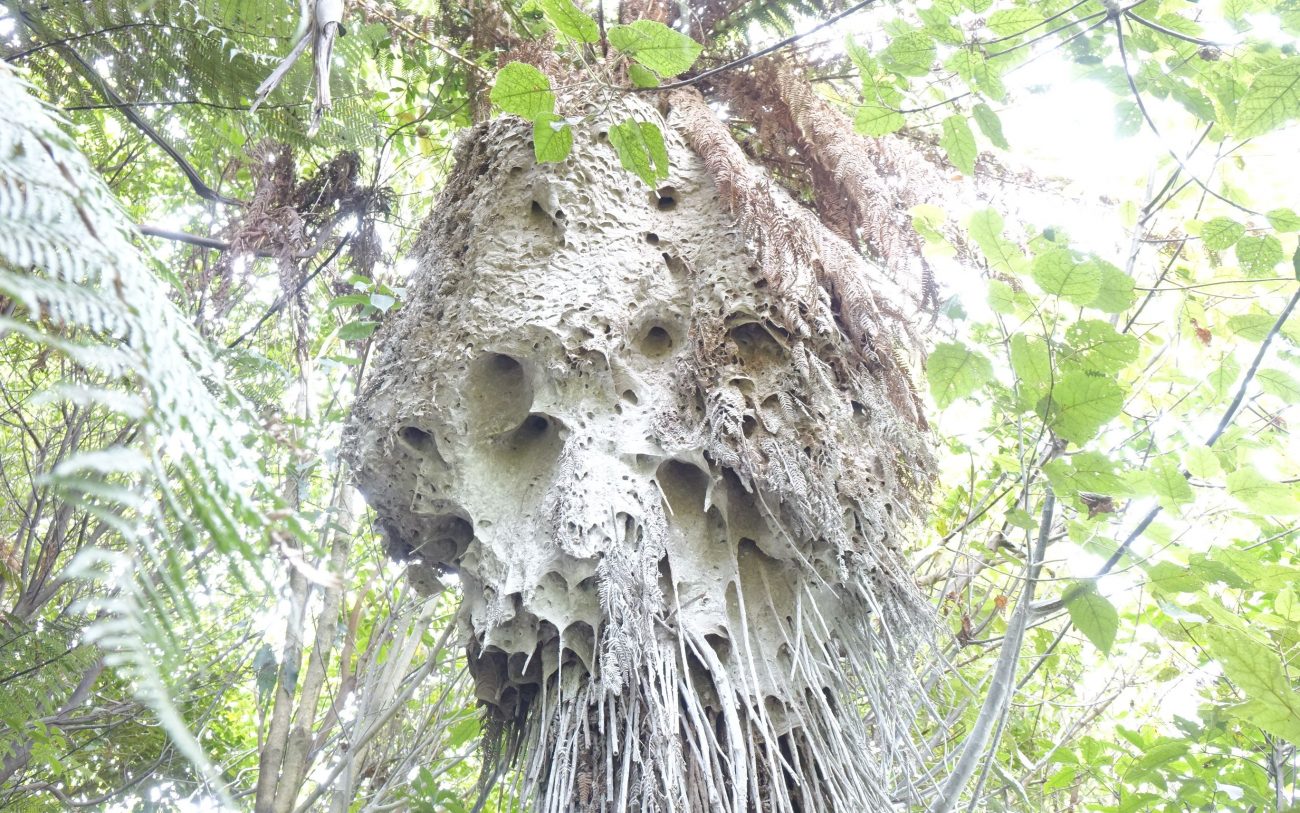 An exterminator says they decided not to remove a giant German wasp nest to avoid a huge amount of insecticide falling into a local stream.

The nest was found attached to a ponga tree in an area of native bush in Hamurana.

Bay Pest Services Rotorua manager Chris Brunel and his team have pumped about 10kg of insecticide to kill whatever was in the nest and say they will give it one more treatment to ensure it’s completely dead.

The team decided not to cut it down after a discussion with representatives from the Bay of Plenty Regional Council this morning.

“We agree with them that it’s probably not a good idea to cut it down because it’s only metres from the Awahou Stream, which is one of the main streams that feed Lake Rotorua,” Mr Brunel said.

“We don’t want to go dumping about 10kg of insecticide in it because that’s probably how much we’ve pumped into the nest.”

Mr Brunel said land owners around the area will put up screens to prevent anything falling out from contaminating the environment.