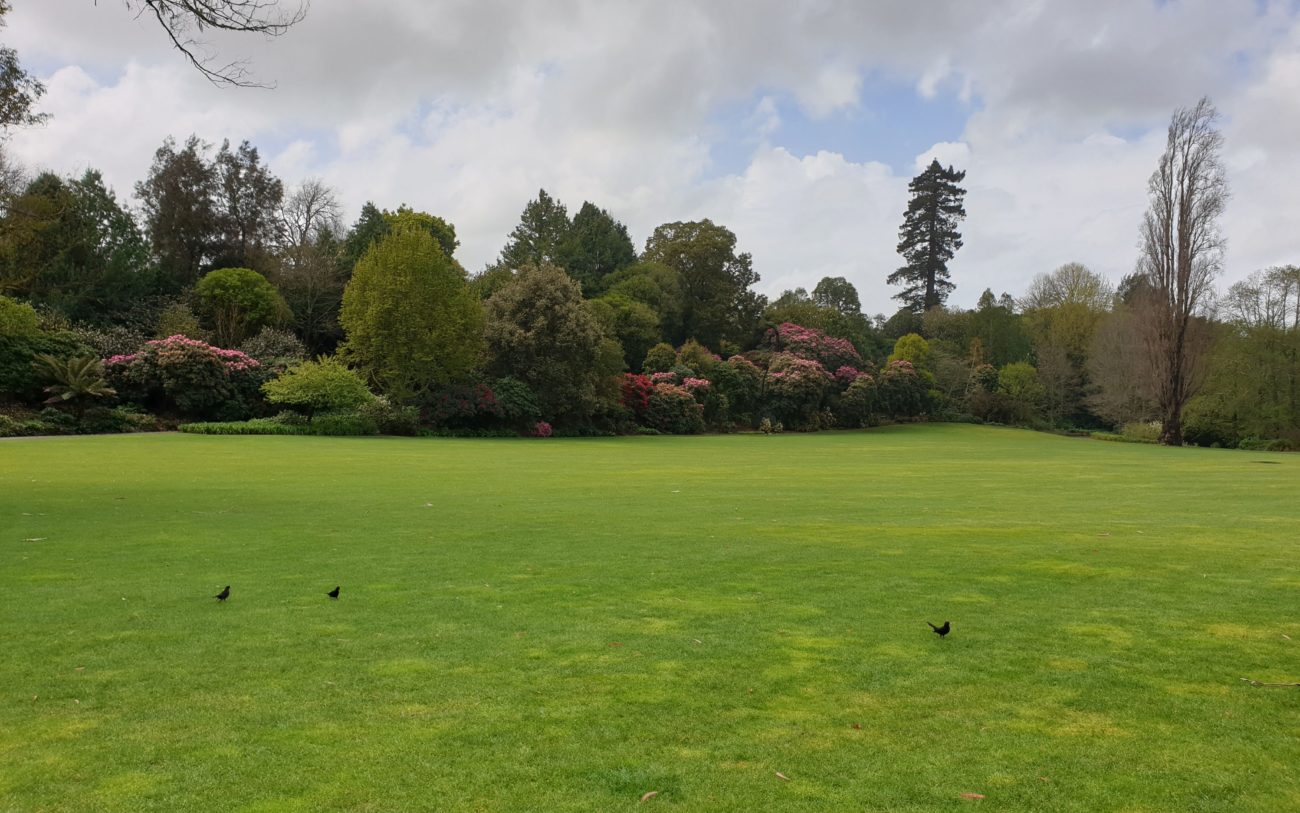 Grass versus tarseal. A row is brewing in Hamilton over what is known as the Rhododendron Lawn at the Hamilton Gardens.

The council wants to turn the lawn into a carpark.

The Hamilton Gardens are set on 54-hectares next to the Waikato River.

The area was first a Māori settlement with food gardens and then it was used as a rifle range, after that a quarry and eventually a rubbish dump.

It has been transformed into public gardens, which includes 20 themed gardens and more on the drawing board.

A redevelopment plan includes sealing the lawn and then opening up another green space further away.

The Rhododendron Lawn has been the scene of many events over the years including summer concerts, picnics and food markets.

Turning grass into bitumen has not gone down well with a number of people.

Actor and entertainer Graeme Cairns has performed in the gardens many times.

He described the lawn as like a huge village green.

“It’s quite beautiful. The rhododendrons are out and there’s a big area of flat grass in the middle, a huge area actually. The vibe and the look is a little bit like Pukekura Park in Taranaki where they have WOMAD, so it’s that special and that remarkable,” Mr Cairns said.

“This is the best outdoor performance space not just in the gardens, probably I would say in Hamilton and possibly even the whole of Waikato,” he said.

He is not impressed with the two alternatives being suggested for events that now use the lawn.

“They are both quite noisy, in fact one of them is much, much nosier as it’s right next to Cobham Drive and even though they have put a bit of dirt there it is still rowdy as anything and it’s extremely peripheral, like it’s way off in the far corner of the gardens.”

At the end of February each year the garden’s host the Hamilton Gardens Arts Festival.

A former festival director, Hamish Nathan said most of the development plan for the gardens was fantastic, but not the demise of the Rhodo lawn, which came as a shock to him.

“People like myself who have been reasonably engaged with the gardens over the years have seen all of these pretty pictures of the new gardens and things that are happening, but probably never in our wildest dreams thought the possibility of having the rhodo lawn turned into a carpark was ever on the table.”

He accepts the information has been publicly available.

“I wouldn’t say it has been particularly well publicised as far as the lawn goes.

“Maybe bit of that old magical trick of ‘ook at all this shiny stuff over here while I take this away’, so you [don’t] realise it’s gone until it’s gone.”

Mr Nathan said the lawn was a unique space that could not be replicated anywhere else in the gardens.

He wants the city council to reconsider.

Speaking at the gardens, Mr Nathan mused about the view.

“We are sitting here looking out across the lake-side stage through to the Rhododendron Lawn, a beautiful green space, and potentially there is going to be a few big ugly tour buses sitting there, ruining the view.”

The council describes the development plan as exciting and bold to help further enhance the Hamilton Gardens, so it becomes a truly world-class tourist attraction.

Its general manager community Lance Vervoot said there were other options, but sealing the lawn was the best one.

“This proposal centralises parking and gets better traffic and visitor flows, and if we were going to look at the other options any further we would have to do a lot more detailed work, but we really believe it wouldn’t be as optimum as the proposal we have put forward.”

The gardens are Waikato’s most popular attraction with over a million visitors every year.

Mr Vervoot said the space to expand on the site was fairly limited, so everything possible needed to be considered to enhance what was a wonderful attraction.

“Yes the gardens is very successful, yes it gets pressures on it, it’s got challenges but it is also a huge opportunity and with limited space that is why we have to get the spatial planning right and taking a bit more time to do that is the right thing to do.”

At Thursday’s council meeting there are three recommendations on the table.

Approve or not approve the plan, or defer a decision and call for more information.