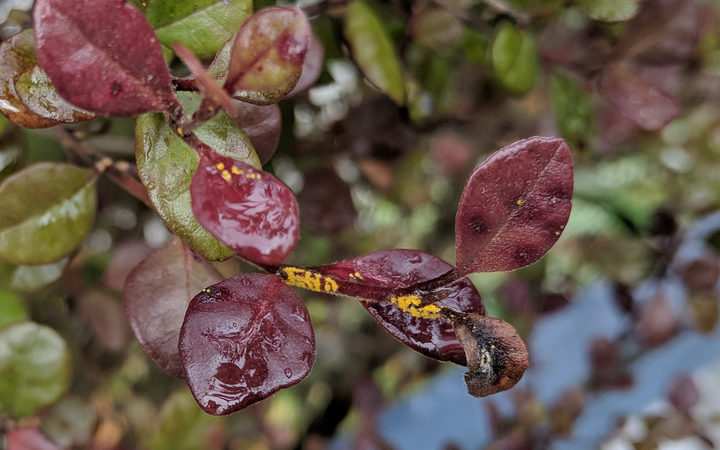 Heavy surveillance is in place around the Zealandia ecosancturay in Wellington after plant disease myrtle rust was found nearby.

The Ministry for Primary Industries is investigating the discovery on a ramarama tree in Highbury late last week.

The Wellington City Council said it was inevitable myrtle rust would spread to the city and people should be vigilant.

Environment partnership leader Tim Park said the city has many trees, such as pōhutukawa and rata, that could be threatened.

“As a worst-case long-term scenario, a serious infestation could change the face of pōhutukawa-rich suburbs like Seatoun and Island Bay,” he said.

Mr Park said the council was speaking with counterparts in Australia, where myrtle rust has been prevalent for many years.

The council said the sighting in Highbury was the first in Wellington city, but there are around 30 other cases in the region, mainly in Hutt Valley, as well as other parts of the North Island.

Wellington locals should contact the Ministry for Primary Industries on 0800 80 99 66 if they spot anything suspicious.