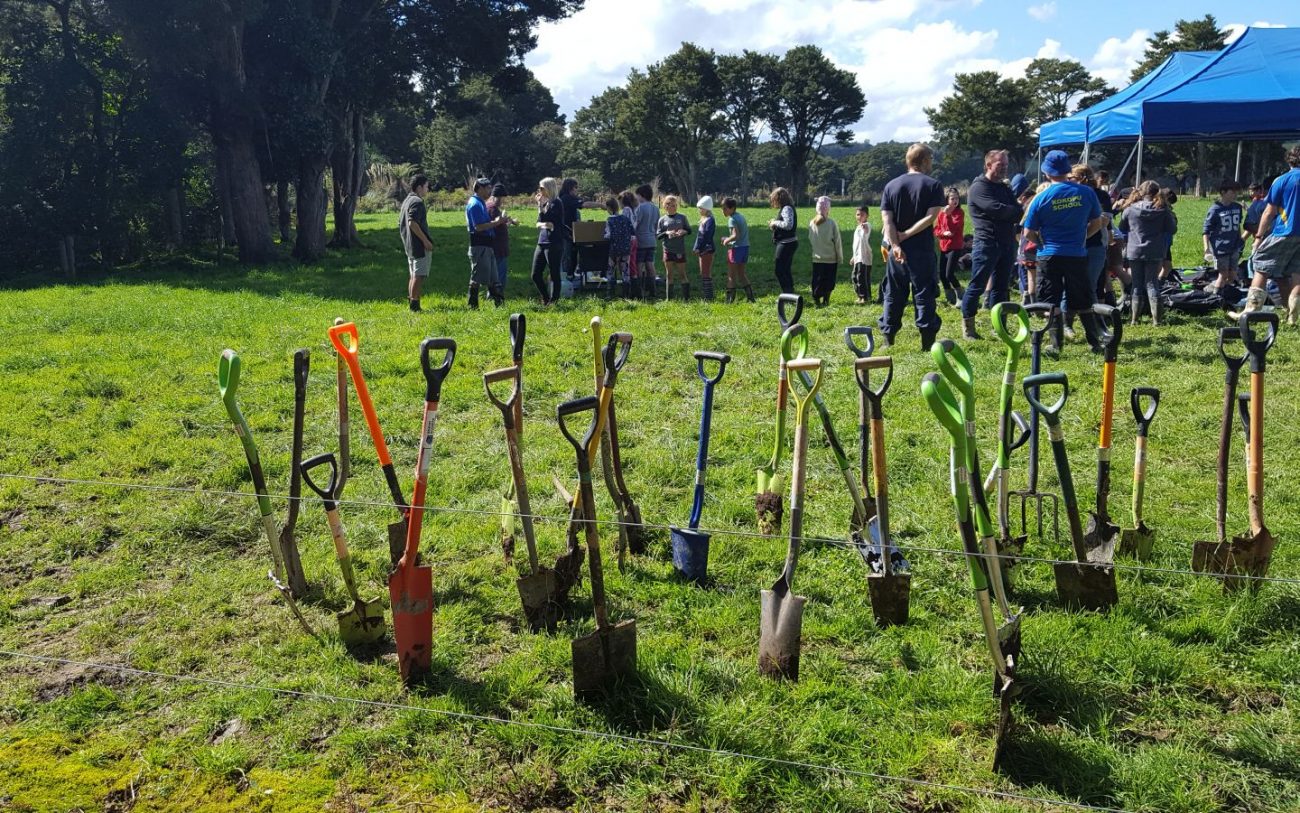 Hapū, farmers and school children have joined forces in Northland this winter to plant 20,000 native trees beside rivers that flow down to the Kaipara Harbour.

The project is part of a larger campaign to stop silt build-up on the seabed, and reverse the damage caused over the years by deforestation and the failure until recently to fence off cattle from waterways.

The Integrated Kaipara Harbour Management Group, made up of councils, landowners, Crown agencies such as NIWA and iwi, has been working for a decade to protect the harbour, which drains half of Northland.

Its chairman, Willie Wright of Te Uri o Hau, said two million trees had been planted in the massive catchment, stretching from Hokianga to Whangarei down to the Waitakere Ranges.

But the picture is still not a rosy one.

“Three or four years ago, NIWA did a study on our snapper because 99 percent of West Coast juvenile snapper come from the the Kaipara Harbour,” he said.

“This study showed that our snapper are mutating – their gills are mutating because of the heavy load of sediment in the water column.”

Mr Wright said up to 10mm of silt a year was deposited on the harbour floor and research showed that a layer 1.5m deep had built up since the arrival of Europeans in the north.

Cutting down forests, draining wetlands for farming, commercial forestry and failing to protect riverbanks from cattle had all contributed to the damage to the harbour and kaimoana, he said.

On a fine winter’s day last week, Mr Wright watched as children from Kokopu School planted 500 native trees and flax, on the banks of the Mangere Stream west of Whangarei.

“It’s going to take many years to fix the harbour,” he said. “But this sort of stuff here today is tangible; it’s practical, it’s visual – it brings people together. No-one should work in isolation.”

The dairy farmer owners of the land, Shane O’Shea and his sister, Charmaine, fenced off the Mangere Stream where it runs through their property many years ago.

And the efforts of neighbouring landowners to protect the stream have also produced results, Mr O’Shea said.

“This was probably one of the most polluted streams in Northand. But four years ago it won a New Zealand River Award as the fourth most improved waterway in the country.”

Dairy NZ regional co-ordinator Helen Moodie said that made the Mangere an average stream for Northand: swimmable at times – depending on rainfall.

“It’s a clay-bottom stream, like many Northland rivers, and sedimentation is the number one problem in this region, rather than nutrients,” Ms Moodie said.

“But it’s improved out of sight and it shows what we can achieve by fencing and planting the banks.”