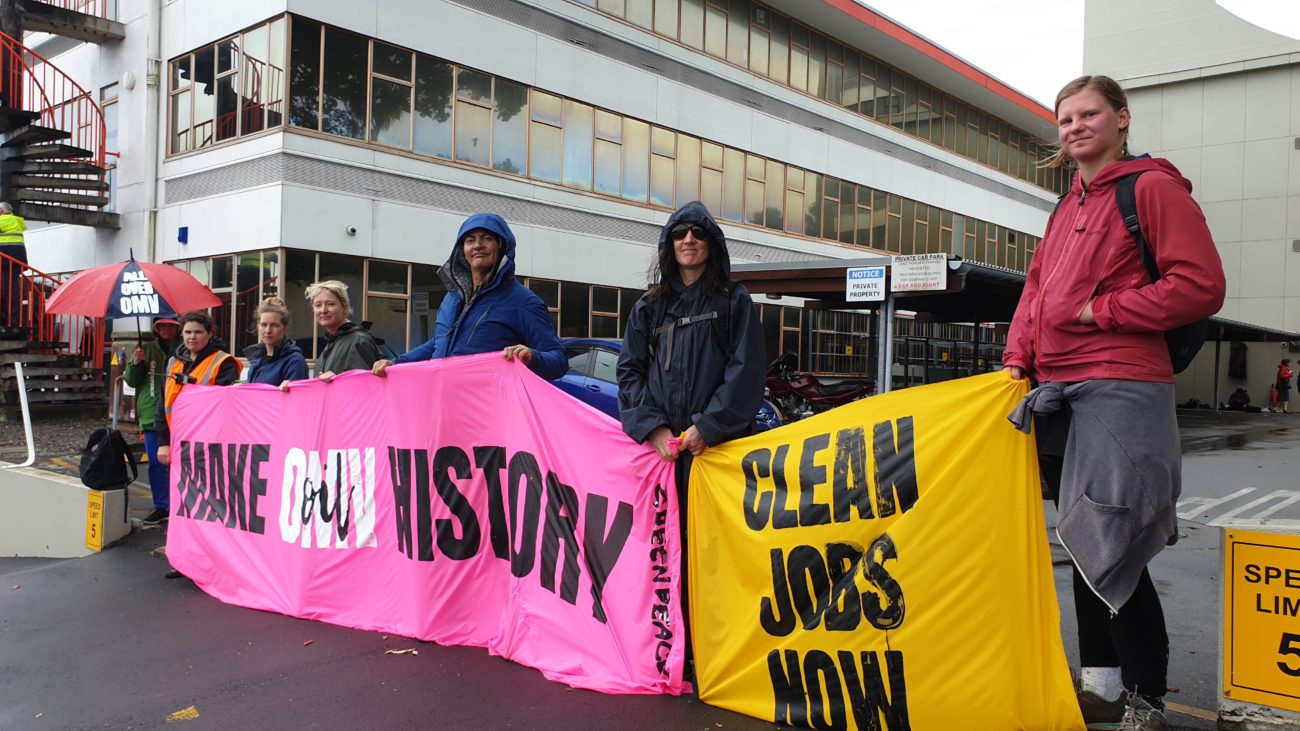 Staff at the New Zealand headquarters of oil and gas company OMV have been forced to stay home today after protesters blockaded its offices this morning.

About 60 environmentalists co-ordinated by Greenpeace barricaded the entrances to the Austrian company’s New Plymouth building from about 7am.

Greenpeace spokesperson Niamh O’Flynn said the intention was to stop the company operating.

“We’re targeting OMV because they’re one of just 100 companies who are responsible for 70 percent of the world’s carbon emissions and we know we cannot have any more deep sea oil.

Ms O’Flynn said the protesters planned to picket the building over the next three days. They want OMV to abandon its permit to explore for offshore oil and gas in New Zealand waters.

Managing director of OMV New Zealand, Gabriel Selisch, said the company respected the right to protest but that it should be done peacefully and lawfully and in a way that did not put protesters or others at risk.

“Over 300 of our staff and contractors work in the building where the protest is taking place. We have a health and safety responsibility so as a precaution we’ve decided to shut the office today while we monitor the situation, Mr Selisch said.

OMV is about to begin drilling off the Taranaki coast before moving to the Great South Basin off Otago.