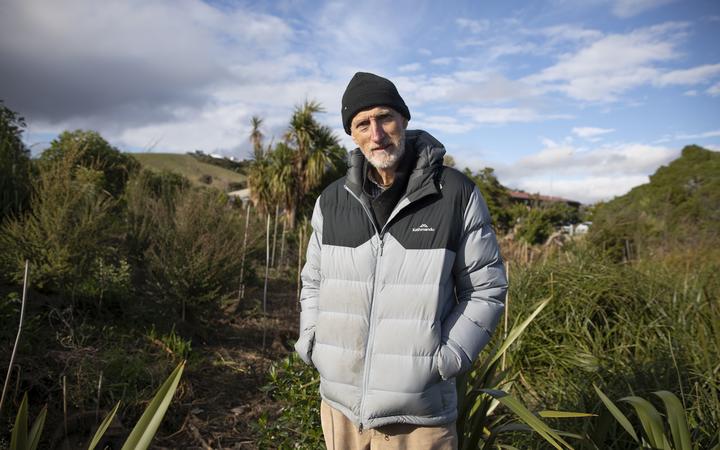 A proposal to build 2000 houses over two decades on a rolling hillscape in Porirua is desperately needed, but at what cost to the environment?

More than 130 submissions have been made on the proposed development in Plimmerton, which is next door to a protected wetland.

One of the developers has pleaded guilty to doing environmental damage in the Hutt Valley years ago, but says he still doesn’t believe he did anything wrong.

A streamlined process means that once it is signed off by the environment minister, there is essentially no way to appeal the decision through the Environment Court.

Malcolm Gillies and Kevin Melville of Plimmerton Farm Developments Ltd want to build the 2000 properties on land on Plimmerton Farm, which sits on the east side of State Highway 1 and looks over rolling hills and the Porirua Harbour.

“Our vision out there is to develop an integrated subdivision with a number of different typologies so there’s basically houses for everyone, with a view to making the most of the landform,” Gillies said.

“There’s 346 hectares there and in the end only half of it will be actually developed into housing. The rest of it will be walkways, retired into native bush, or large farming lots.”

He estimated the investment from Plimmerton Farm Developments Ltd was worth $600 million, and said the build would create about 1500 jobs each year of development – which would take between 15 and 20 years.

The site is currently farmland.

The Porirua City Council is allowing it to go though a streamlined planning process which speeds up the consenting process to rezone the land from rural to urban, to allow the build to begin.

Directly across the highway is a wetland known as Taupō Swamp – 25ha of lowland swampland classified as nationally significant.

Plimmerton local Bill McAulay is the chair of Friends of Taupō Swamp and Catchment – a group which has spent years planting trees and clearing blackberries from the wetland. He said there was no way the development would not create runoff into the wetland.

“What’s proposed on the hills is that the soil will be taken off the top of the ridges, building platforms created and, inevitably, sediment will come off there and run down in to the main stream. So that concerns us greatly as to how you can prevent that kind of sedimentation.”

One of McAulay’s key concerns is about Malcolm Gillies, who has been convicted of damage in the past.

“The developer doesn’t have a great track record. You know you’ve got to question, is that a suitable person to be involved in development of such a sensitive area as this?”

Several other submitters on the proposed development also raised this as a concern.

In 2013, Gillies pleaded guilty to disturbance and excavation of four Hutt river tributaries and was fined $15,000.

He said one of his contractors ran over a stream that was hard to see.

“I think it was a very minute infringement, quite frankly. We pleaded guilty because that’s what happened, but in my mind it was a nothing.”

The document from Greater Wellington Regional Council puts it quite differently – saying a significant amount of vegetation was cleared from the site and excavation work had been done on the beds, which meant sediment made its way in to the water.

RNZ asked Gillies how the public could be sure this wouldn’t happen again.

“Well I learned from that – that, you know, you can’t take any risks at all. I didn’t do it, [it was] someone that worked for me and I took responsibility. We’ve made sure now that the processes we put in place don’t allow for things like that to happen.”

But asked if he believed anything went wrong in the Hutt Valley, he replied “no, I don’t”.

“Well I’ve learnt the process that you know when you come to something being a stream, that’s purely a difference of opinion.”

The Department of Conservation (DOC) opposes the current plan in part citing concerns about runoff into the swamp and catchment, and building roads through significant natural areas.

“The policy is too permissive and allows destruction of native habitat without appropriate controls. So DOC is seeking better protection for indigenous biodiversity at the site,” Robinson said.

“If we get it right at the plan phase – that sets up what the consenting regime will be, and then we can potentially argue for things to be prohibited or more tightly controlled.”

Becuase New Zealand had already lost 90 percent of its wetlands, Friends of Taupō Swamp and Catchment chair Bill McAulay said none should be taken for granted.

“Our belief is that this is not an appropriate area to be putting an intense urban area like that. It’s rare for there to be any wetlands left in the Wellington area, there’s only about 2 percent left, so every square metre counts to protect what’s here.”

The Porirua City Council said it was currently preparing a report on the submissions and declined to comment while that was underway.

Environment Minister David Parker approved the application for the council to use the Streamlined Planning Process and directed that an expert in sedimentation be included on the hearing panel.

“Should the land be rezoned, the council will be the consenting authority and therefore is the one that considers the application for a consent and any relevant matters,” he said.