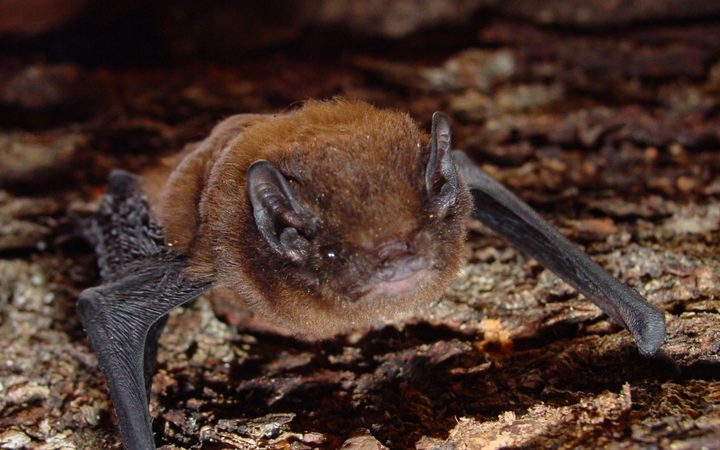 An environment court decision has ruled in favour of more protection of the endangered long-tailed bats – pekapeka – living along the Waikato River.

There are about 60 of the critically endangered bats living on the south side of Hamilton in Hammond park, opposite the new subdivision of Amberfield, which will house more than 2000 people.

A hearing was held in Auckland in early September with parties citing concern the new residents may crowd out the pekapeka already there.

The subdivision is part of a wider development in the city, Peacocke, which will expand the city’s population by up to 20,000 residents.

The pekapeka – one of New Zealand’s only land mammals – are dark brown and weigh between 8 and 14 grams with a wingspan of 25cm.

Andrea Graves from Riverlea Environment Society told RNZ in August it was “very rare” to have bats in a city.

She said there were only two species of bat in New Zealand.

The pekapeka sleep in big trees during the day and are active at night.

In its decision, the court ruled there must be a delay to building the part of the development opposite the bats’ habitat, a 15 metre buffer from the development to the area where the bats are located and a ban on cats.

Judge Jeff Smith said the earlier planning stages for the area did not appear to have “explicitly considered” the long tailed bat or its habitat and range.

He said that only became evident at the time of the application for consent.

All parties agreed with the consent for the Amberfield Development, but the issue was there must be the most appropriate terms and conditions to protect the pekapeka’s habitat and to ensure that the bats themselves, may continue to benefit from the area and thrive.

Riverlea Environment Society wanted the developers to provide a monetary bond to ensure they would not pull out of their obligations, but that was denied by the court.

“We are very encouraged by the environmental protections and conservation outcomes in this case, in particular relating to the endangered nationally critical long-tailed bat/pekapeka, which utilise the area as habitat,” Mearns said.

“We look forward to working with the parties on the finalisation of the consent conditions to follow the terms of the Environment Court decision.”

Riverlea Environment Society and Hamilton City Council have been approached for comment.