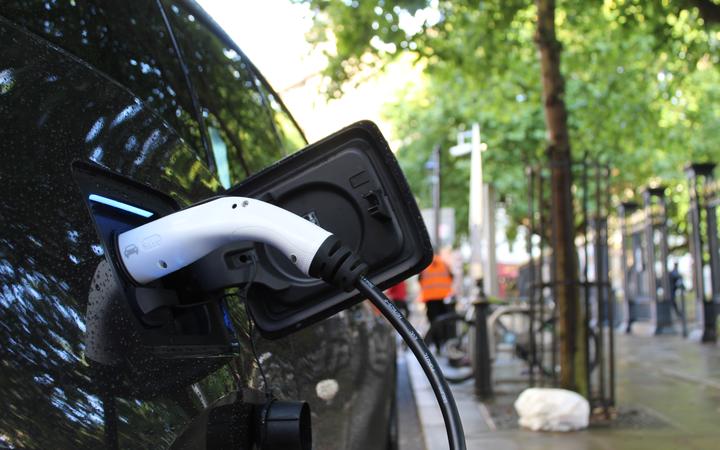 A former member of an industry group created to persuade more people to buy electric vehicles is disappointed the government’s quietly disbanded it.

The Electric Vehicles Leadership Group was formed in 2016 and was stacked with industry representatives and experts.

It was tasked with providing the government with expertise and to promote the uptake of electric vehicles.

The Ministry of Transport says, with electric vehicles (EVs) now becoming more mainstream, the groups focus was too narrow and it was disbanded.

EVs make about 0.3 percent of New Zealand’s fleet – comprising about 20,000 of the nearly 5.5 million registered vehicles – well short of the goal of 64,000 EVs on the road by the end of next year.

“If it is happening because we’ve got some excellent policies all done and coming from the government shortly … then I’d feel more comfortable, but there’s nothing to suggest that that’s the case.

“I do feel a bit disappointed to see that winding up.”

Reynolds said New Zealand First has blocked the government’s main EV policies – one to make clean cars cheap by subsidising them with a levy on high CO2 emitters; and the other to set emissions standards for vehicle imports.

She said there are no other bright ideas from the government coming down the pike.

“I do feel concerned that the pace of change we are going to need is not being matched by the government.

Mark Gilbert, chair of EV advocacy group Drive Electric, and on the leadership group having run BMW New Zealand, said the group had fulfilled its goals and was comfortable it had been dissolved.

But asked if the government was doing enough to get people driving EVs he said “an emphatic no”.

New Zealand is one of only three countries without a standard for vehicle fuel efficiency.

Gilbert said, in contrast, the United Kingdom and Scotland won’t allow vehicles powered solely by fossil fuels on its roads from 2032.

Meanwhile, New Zealand keeps importing dirty fuel inefficient cars that the rest of the world have already started phasing out, he said.

“We are going to face a D-Day with the fleet when the vehicles that we all want won’t be available because no one builds cars for [the New Zealand market]. We’re technology takers.”

He said this county was well suited for EVs. There was lots of renewable energy from hydro and the likely closure of the Tiwai Point smelter meant there was going to be more of cheap energy around.

He estimated EVs costed about the equivalent of about 30 cents a litre to run – though the vehicles themselves were more expensive than non-EVs upfront.

“We’ve got power, we’ve got the infrastructure, the dams are built years ago, the wind farms are all there – let’s make use of it.

He said New Zealand was running out of time to hit its goal of having net zero emissions by 2050 the government needed to show leadership.

A spokesperson for Associate Transport Minister Julie Anne Genter said the leadership group was disbanded on the recommendation of the members themselves and the Ministry of Transport.

They said it was set up to help the government overcome barriers stopping people buying EVs during the “early adopter” phase which was now passed.

“What we need now is the political will to implement these pragmatic policies and that is something that New Zealanders can have a say on come September.

She said the number of EV’s on the road has quadrupled since the Green Party got into office.

“Obviously we need to go further and faster, and the Green Party will make this a priority in the next term of government.”