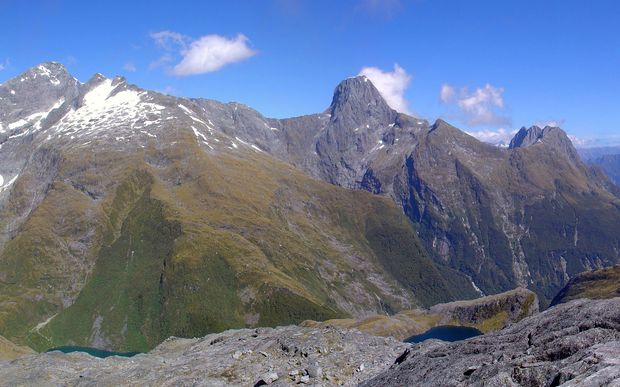 The Department of Conservation says it will drastically reduce helicopter trips to a remote Fiordland glacier, after the landings were found to be unlawful.

In 2016, the department began a trial, which allowed up to 70 landings per day on Mount Tutoko Glacier in the Ngapunatoru Plateau.

But, under its Fiordland National Park Management plan, only 10 of those landings were legal.

At the time, DOC justified the extra flights as a practical way of researching the effects of increased air activity, while also addressing the growing tourist demand for scenic landings.

Today, the Ombudsman Leo Donnelly said they were a breach of the law.

“In my opinion, the Department has a statutory responsibility to administer the Fiordland National Park in accordance with its management plan. This means implementing, managing and adhering to the aircraft landing limits for the Ngapunatoru Plateau as set out in that plan,” he said in his final report.

“The plateau itself is a remote plateau, it’s in a very remote part of the park,” he said.

“And after the amount of helicopter landings they had planned there – there would have been more nature beside an Auckland motorway.”

In response to the ruling, Mike Slater, DOC’s deputy director-general of operations said the department had decided to reduce the number of landings.

“The department was trying to be pragmatic and balance the growing demands from tourism operators for more scenic glacier landings with the impact such landings can have on other users and the environment,” he said.

“But we accept we got it wrong by not following the limits set in the Fiordland National Park Management plan.”