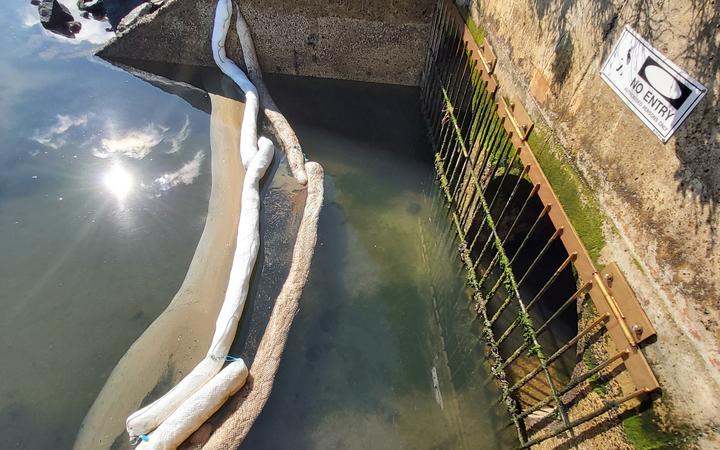 An estimated 400 to 600 litres of diesel has spilled into South Dunedin’s stormwater network and into Otago Harbour.

Otago Regional Council is calling for information to identify the source of the spill and a pollution response plan has been put in place to mitigate its environmental impact.

“We’re looking at a significant amount of diesel that has been discharged into the stormwater network, and our investigations team are very keen to identify the source and determine what’s happened here,” she said.

“Given the volume of the diesel, we think it’s highly likely someone in the community will know how it got into the stormwater system. The adverse effects on the environment from a spill like this can be quite severe.”

Sorbent booms designed to soak up oil had been deployed to contain the spill.

“The booms have been placed at the stormwater outfall into the Otago Harbour to soak up as much of the diesel contamination as possible and stop it from flowing further into the harbour,” Sargeant said.

“There remains an amount of diesel contamination in the stormwater network which will make its way to the harbour via the outfall pipe over the coming days.

“The time it takes for the diesel contamination to flush from the network depends on how much rain we get, but the booms will remain in place until the diesel has ceased discharging.”

Dunedin City Council three waters group manager Tom Dyer said the DCC was very disappointed to hear of the situation and staff were working closely with the ORC to determine the source of the pollution.

Sargeant asked the public to pass along any information about the spill.

“We’d like to hear from anyone who may have seen or heard anything in the last 10-14 days that could potentially assist our investigation.”

People could contact the investigations team anonymously via (pollution@orc.govt.nz) or on 0800 800 033.