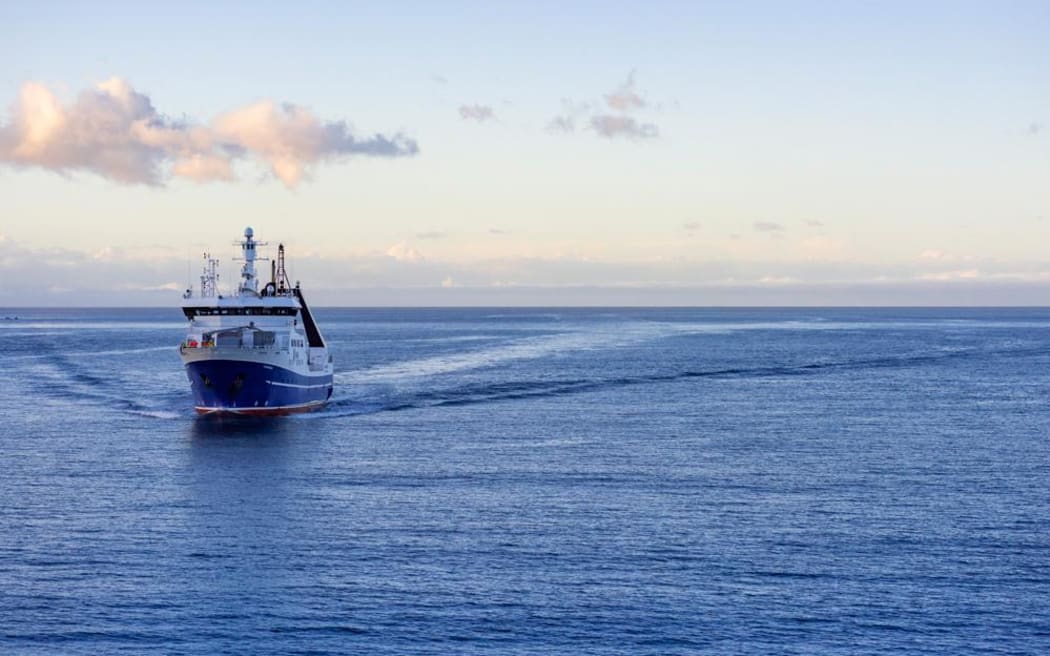 The Hunga Tonga-Hunga Ha’apai volcano that devastated Tonga after a massive eruption on 15 January is unlikely to erupt again, say scientists from New Zealand’s National Institute for Water and Atmospheric Research (Niwa).

Three people were killed and hundreds of homes destroyed from tsunamis generated from the massive eruption – estimated to be 500 time more powerful than the atom bomb that destroyed Hiroshima.

“The likelihood of another violent eruption happening anytime soon is quite low,” said Kevin Mckay, who led Niwa’s expedition to Tonga on board the RV Tangaroa.

“Just looking at the general cycle of these volcanos that they seem to have a cycle of two-and-a-half to three-year eruptive cycle. In my estimation, I think the chances of another violent eruption from this particular volcano in the near future not to be very high at all.”

Given the magnitude of the record-breaking explosive eruption, Mckay said his team were shocked to find the volcano was still intact.

“With an explosion that violent – the biggest ever recorded – you would expect that the whole volcano would have been obliterated, but it wasn’t.

“While the volcano appeared intact, the seafloor showed some dramatic effects from the eruption. There is fine sandy mud and deep ash ripples as far as 50 kilometres away from the volcano, with gouged valleys and huge piles of sediment.”

The RV Tangaroa mapped 22,000sq/m of the surrounding seafloor, which showed changes covering an area of 8000sq/m. Its study was supported by The Nippon Foundation-GEBCO Seabed 2030 Project that aims to map the world’s entire ocean floor by 2030.

Niwa scientists recorded up to 7cu/m of displaced material – the equivalent of five Wellington Harbours. Underneath this is Tonga’s domestic internet cable which was cut-off, causing a communications blackout in Tonga for three days.

It was not just the geological impacts that surprised the RV Tangaroa, much of the ecosystem and marine life had miraculously survived.

The expedition’s marine biologist Dr Malcolm Clark said “although the seafloor on the volcano is largely barren, surrounding seamounts have pockets of normal biodiversity, such as corals, sponges, starfish, and mussels, indicating the resilience of such marine ecosystems and giving some hope for recovery”.

“More work needs to be done before we can be confident of how the ecosystem will respond, but these surviving animal communities indicate what kind of life may repopulate HT-HH. The sites sampled during the voyage give us a baseline for monitoring recovery in the future.”

The most noticeable change was in the physical and chemical composition of the ocean and seafloor around the volcano.

Hundreds of samples were collected during the mission including 250 kilograms of rock. Data from the samples showed that there was still ashfall in the ocean that had not yet settled on the seafloor.

“In the immediate aftermath of an eruption, volcanic ash fertilises microscopic ocean algae thanks to the ash’s concentration of nutrients and trace metals – in this case, there was a bloom of life so big that we could see it from space,” Niwa biogeochemist Dr Sarah Seabrook said.

“The unexpected persistence of the ash in the water column is creating prolonged impacts. For example, spikes in volcanic ash were coupled to the appearance of oxygen minimum zones – where oxygen levels in the water are at their lowest – which could have implications for important services provided by the ocean, such as food production and carbon sequestration.”

A key part of the research was to help assist the development of Tonga’s disaster response program. Tonga’s Deputy Secretary for Lands and Natural Resources Taaniela Kula said the work was vital for country’s recovery.

“The eruption sent shockwaves around the world, but the effects were felt most keenly in Tonga. It was a miracle to lose so few lives, but our streets, crops, air, and waters were devastated.

“We, along with other nations on the Pacific Ring of Fire, know only too well how at mercy we are to nature. By studying an unprecedented event like this in such detail, we will gain invaluable knowledge and experience so we can recover quickly and be prepared for the next time something like this happens.”