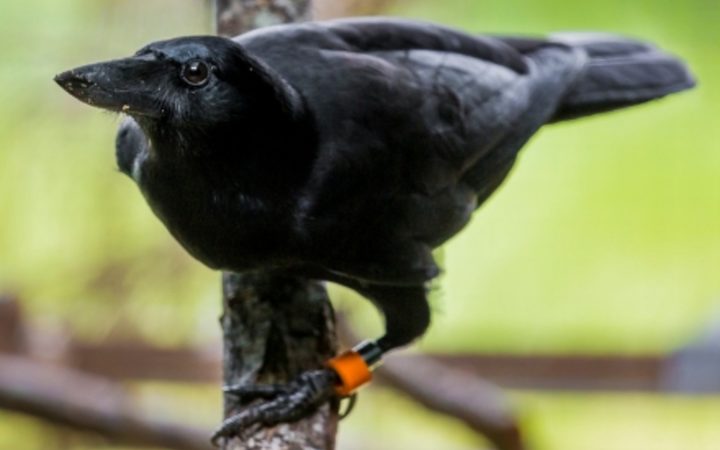 Researchers set up problems to determine if the crows were solving the task on a moment-to-moment basis or were truly planning out a sequence of behaviours before they took on the task.

Psychology researcher Romana Gruber said that planning several moves ahead and using tools to achieve a plan were previously considered special hallmarks of the human mind.

But 14 captive crows showed they could undo a trapdoor, using tools in the right sequence, without seeing it done before.

Most managed to reach a food treat on the easiest task, and three successfully beat the most difficult task.

That involved using a short stick to pull a stone from a tube, and then using this stone to release a platform to get meat, while ignoring another tube that contained a long stick.

Ms Gruber said that to make things harder, researchers swapped the position of the two tubes randomly between trials, so crows had to remember where they had last seen the correct tool.

“Because each part of the problem was out of sight of the others, our study clearly shows the birds were capable of preplanning. They were imagining the required steps in advance rather than simply acting on a moment-to-moment basis,” Ms Gruber said.

The study by Auckland and Cambridge Universities uncovered planning abilities that may help the birds use tools to reach bigger grubs, and provide more food for their chicks.