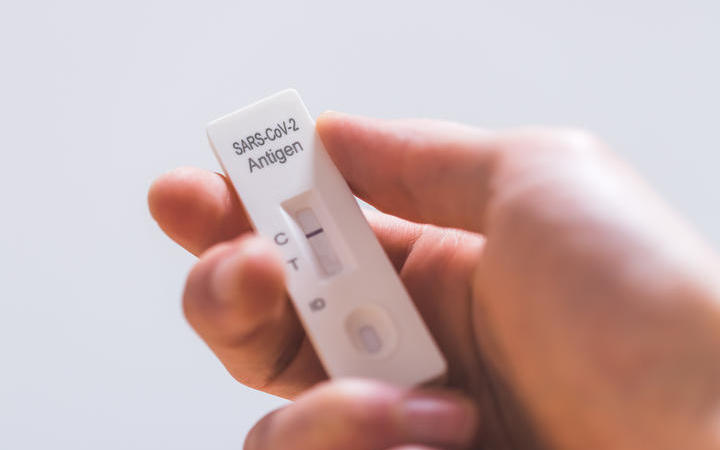 Rapid antigen tests are being rolled out to pharmacies and businesses from next month as part of a raft of Covid-19 mitigation measures.

But these tests, which detect the presence of specific proteins rather than the virus’s genetic material, can miss up to 44 percent of positive Covid-19 cases, according to a new study out in the New Zealand Medical Journal.

One of the authors of the study, University of Otago microbiologist Dr James Ussher told Morning Report the study evaluated a range of rapid tests, both rapid antigen tests and rapid nucleic acid amplification tests including PCR.

“The rapid antigen tests do perform well. They certainly miss a reasonable number of samples in lower amounts of virus,” Ussher said.

He said clinical studies overseas showed that in the first week of illness, especially when people were symptomatic, the rapid antigen performed reasonably well.

“The good ones can pick up 80 – 90 percent of people who are symptomatic in that first week of illness.

The study, which was largely run out of LabPLUS at Auckland Hospital, found rapid antigen testing could be a case of a hit and miss.

“You’re not going to pick everyone up, so it depends on the setting in which you’re using them – how much tolerance you’ve got for missing cases,” Ussher said.

“As we’ve moved away from elimination strategy, our comfort with missing cases increases.”

He said rapid antigen tests were best in situations where frequent testing was necessary, like hospital staff working on a Covid-19 ward, or to ease the burden of low-value testing at laboratories.

Results can be obtained within 30 minutes.

He said rapid antigen tests could be used by the general public, but data collection would be a problem.

In places with relatively little Covid-19 spread, a positive result from a rapid antigen test can be more likely be a false positive than an actual case of the virus.

In New Zealand, any positive result from a rapid antigen test will require confirmation with a PCR test.

Rapid PCR tests, meanwhile, are just as accurate as the standard PCR tests which currently take between 24 to 48 hours to process.

From mid-December, New Zealanders will be able to buy rapid antigen tests for between $10 to $15.

Under the supervision of a pharmacist, they can take the test and have a result quickly.

“If you think you’ve got Covid or you’ve had a positive rapid antigen test, you’ll absolutely need to get a full PCR test, so it’s not a substitute for the full test.

People buying testing in pharmacies will need to pay for them in most cases – but associate health Minister Ayesha Verrall would not be drawn on how much that would likely be.

However, people using them for public health reasons would not need to pay, Verrall said.