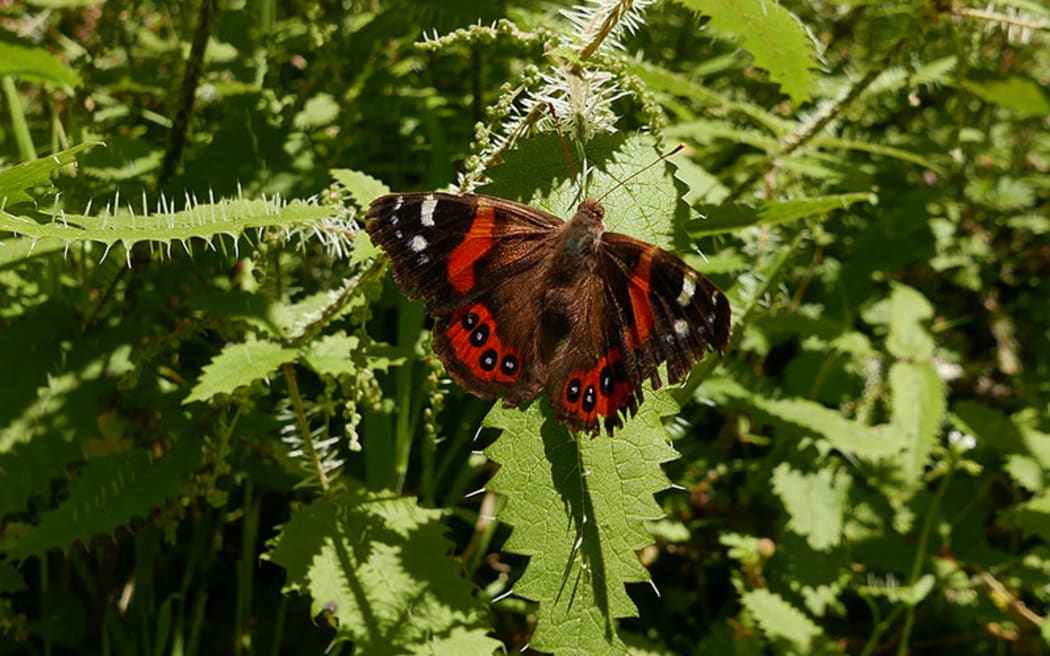 A New Zealand nettle holds clues about inflicting stings that researchers hope could help them develop ideas for new medicines to reduce pain.

Researchers at The University of Queensland found that toxins from the ongaonga nettle activate pain receptors in a new way compared to other nettles they were familiar with.

The tree nettle is one of New Zealand’s most poisonous plants, causing stings that can last for days at a time.

The nettles can grow as high as 3m, and are usually quickly removed from gardens and paddocks, despite being a vital food for the caterpillar of the well-loved native red admiral butterfly, which lays its eggs on the plants, and is believed to be in decline.

A researcher for the study, Dr Sam Robinson said the tree may have evolved its strong stinging toxin to fend off hungry moa.

“We discovered that the New Zealand nettle tree toxins target the same receptor as their Australian counterparts, but they cause pain in a different way.

“The Australian stinging tree and New Zealand tree nettle are both members of the nettle family, but separated millions of years ago and have evolved differently.”

Director of the university’s Centre for Pain Research, Irina Vetter, said studying different mechanisms that plants use to inflict pain on the human body could help scientists understand pain pathways better, which could give them clues for one day developing better medicines to fight pain.

“Animal venoms have been studied for decades but plants have evolved toxins differently, and this gives us a chance to find molecules that work in a unique way,” she said.

“Our goal is to tackle pain more effectively, without side effects and addiction.”

International travel restrictions due to Covid-19 initially made it difficult for the Queensland team to get hold of ongaonga, but they were able to obtain seeds from New Zealand and grow the plant in quarantine in a laboratory.

They now plan to widen the study by looking at how stings are inflicted by other nettles from different countries.

“There are several hundred nettles in the Urticaceae family with stinging hairs around the world – we’re keen to compare how they have evolved and whether they all use the same toxins,” said Dr Edward Gilding, another researcher on the nettle project.

They are now planning trips to Vietnam, Madagascar and South America, to find more diverse nettle examples to put under the microscope.

The research has been published in the Journal of Biological Chemistry.