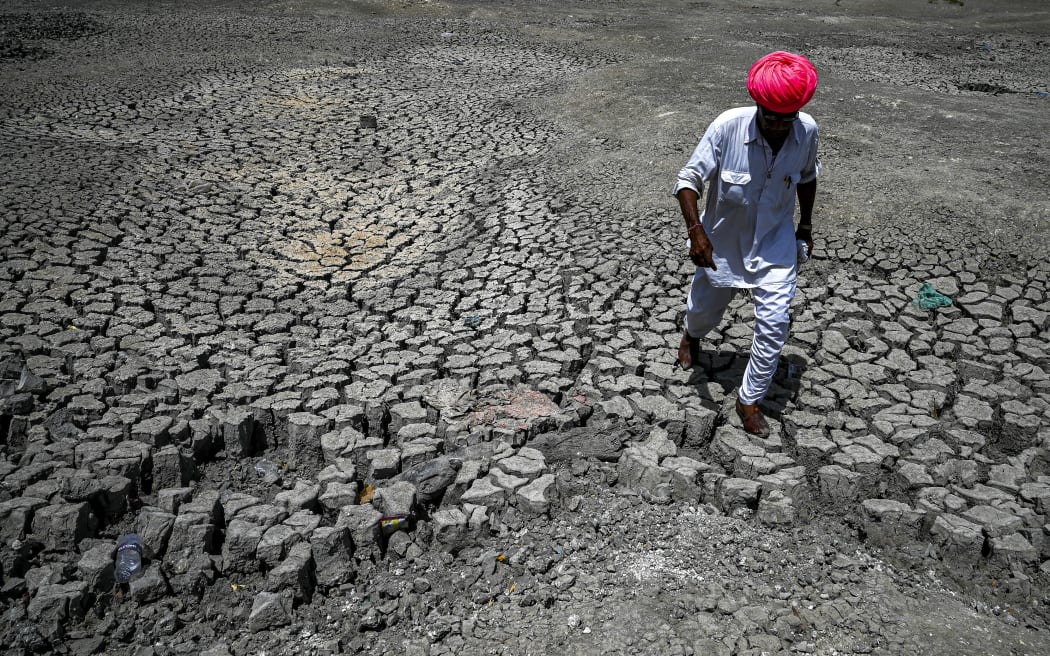 The region should now expect a heatwave that exceeds the record temperatures seen in 2010 once every three years.

Without climate change, such extreme temperatures would occur only once every 312 years, the Met Office says.

The UN Secretary General, Antonio Guterres described the report as “a dismal litany of humanity’s failure to tackle climate disruption.”

The extreme pre-monsoon heatwave the region northwest India and Pakistan have suffered in recent weeks eased a little after peak temperatures reached 51C in Pakistan on Saturday.

But the heat looks likely to build again towards the end of this week and into the weekend, the Met Office’s Global Guidance Unit warns.

It says maximum temperatures are likely to reach 50C in some spots, with continued very high overnight temperatures.

“Spells of heat have always been a feature of the region’s pre-monsoon climate during April and May,” says Dr Nikos Christidis, who led the team responsible for today’s study.

“However, our study shows that climate change is driving the heat intensity of these spells making record-breaking temperatures 100 times more likely.”

The new study is based on the heatwave that gripped northwest India and Pakistan in April and May 2010 when the region experienced the highest combined April and May average temperature since 1900.

It attempts to estimate the extent to which climate change made that and future events more likely.

These “attribution studies” involve running computer simulations comparing how frequently a weather event is likely to occur in two scenarios.

One models the climate as it is today, the other a climate where the human influence on greenhouse gases and other drivers of climate change has been removed.

The scenarios are run through 14 different computer models and produce dozens of different simulations which are compared to work out how climate change has altered the probability of an event happening.

The Met Office used the same method to assess the impact of future climate change and warns that worse is to come.

If climate change follows the Met Office’s central predictions, by the end of the century India and Pakistan can expect similarly high temperatures virtually every year, the study suggests.