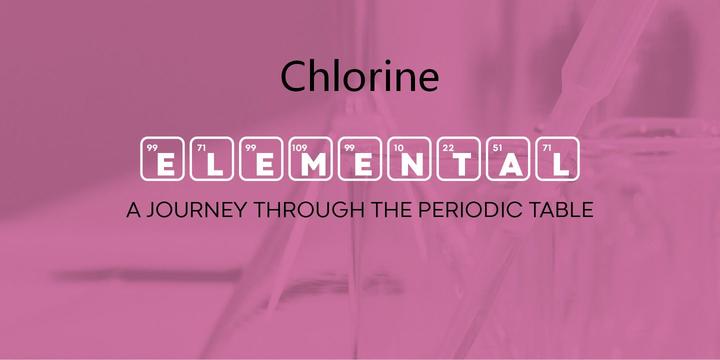 There was a spate of exploding trousers in New Zealand in the 1930s. The culprit turned out to be chlorine, in the form of sodium chlorate, used by farmers to kill ragwort.

The element chlorine, it turns out, can be very, very good – and very, very bad – for your health.

On the plus side it’s vital for life. It is also an excellent disinfectant – the familiar chlorine smell of swimming pools, for example, and the widespread chlorination of drinking water.

On the dark side, however, chlorine was used as the first chemical weapon. It is a key ingredient in CFCs (responsible for the depletion of the zone hole) and DDT ( a damaging insecticide which caused problems for species such as birds of prey).

You can subscribe to the Elemental podcast for free, at Apple Podcasts, Spotify, Stitcher and RadioPublic.

A report on the case of Richard Buckley’s exploding trousers won an Ig Nobel prize in 2005. These are awarded for science that “first makes you laugh, then makes you think,” and “cannot and should not be reproduced.”

New Zealander James Watson was awarded the Agricultural History Award for describing the health hazards of sodium chlorate, in a paper titled The Significance of Mr. Richard Buckley’s Exploding Trousers: Reflections on an Aspect of Technological Change in New Zealand Dairy Farming between the World Wars.

Find out more about events during the United Nation’s International Year of the Periodic Table.

Nights with Bryan Crump is also celebrating the chemical elements during their Friday night Sonic Tonic and Element of the Week.

Professor Allan Blackman is at Auckland University of Technology.