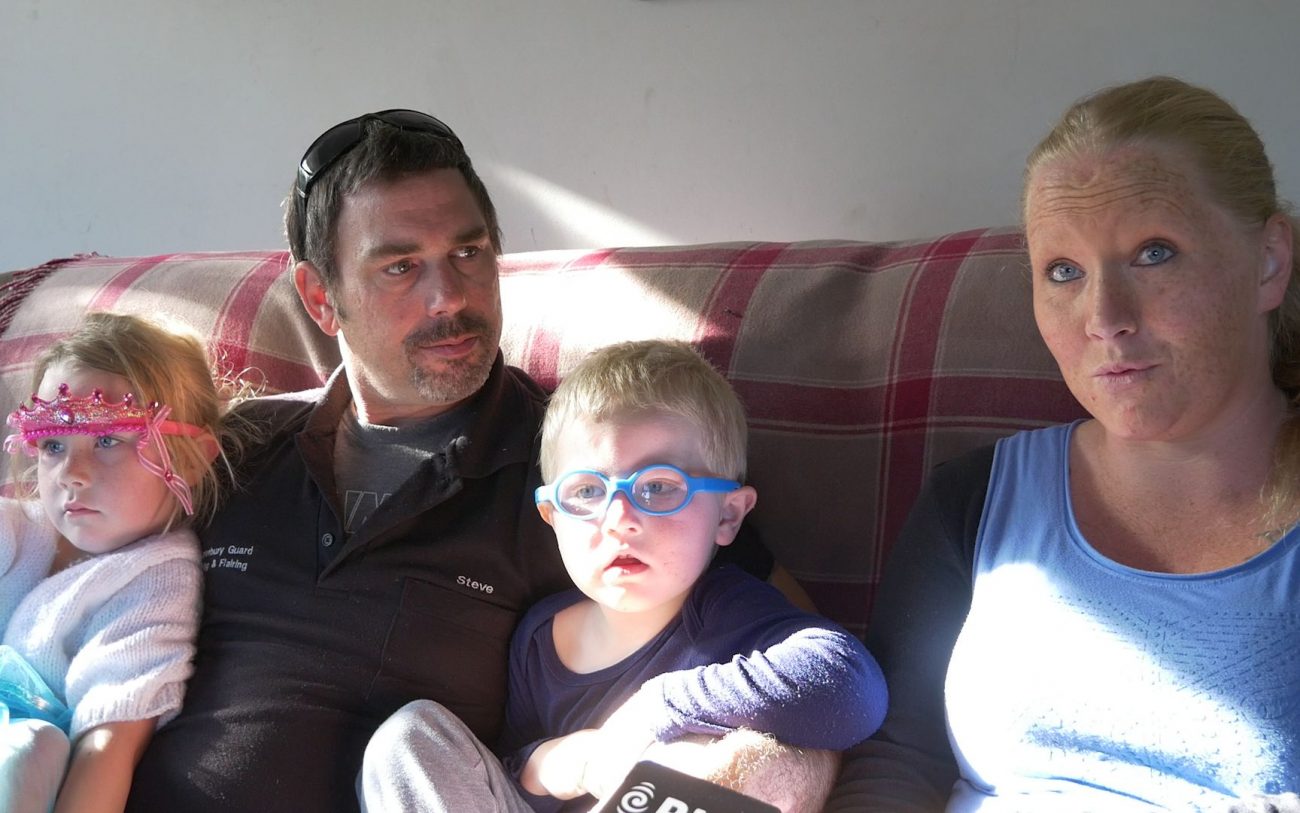 Some Christchurch ratepayers say their drinking water now tastes and smells like a swimming pool.

The first of the city’s 156 wells were chlorinated late last month after the council revealed that some were at risk of contamination during flooding.

Most of the city’s water supplies are now chlorinated, and while the council has said most people shouldn’t taste any difference, some say it’s had a massive impact on their lives.

Christchurch mum Ema Harnett-Moore’s three-year-old son, Cooper, suffers from severe eczema, which Ms Harnett-Moore thought she had got on top of.

But she said the chlorine in the water was causing massive problems.

Ms Harnett-Moore said she was having to apply cream up to three times a day to stop Cooper scratching.

They have looked at installing filtration systems which cost hundreds of dollars, but Cooper’s dad, Steve Moore, said that was not an option for a low-income family.

“It’s one thing to have a water filter on you tap in your kitchen for your drinking water, but to have that on your whole home is quite an expensive system,” he said.

“There is no set up for low income families.”

Christchurch mother of two, Jacqui Freeman, was also struggling with the chlorination of her water.

She said getting her teenage children to drink tap water was becoming difficult.

“We’ve all been quite dehydrated, we’re getting headaches…it’s just not pleasant,” she said.

Canterbury Medical Officer of Health Cheryl Brunton said it was possible that chlorine could inflame eczema.

But she said there could be extra factors to consider.

“Children and adults with eczema are very sensitive to any changes in environmental conditions, even something like going into the cooler months as we are now can make eczema flare for some people,” she said.

Even though some residents say the water tastes like it’s coming straight out of a swimming pool, the Christchurch City Council’s head of three waters and waste, John Mackie, said there was only a tiny amount of chlorine in the water – about one gram in every tonne of water.

He was confident the bad taste would not last long.

“When chlorine is first introduced to the network it will react with the biota that is on the pipe walls,” he said

“The chlorine interacts with that biological material and that creates chloramines…[that’s] what gives off that taste and strong odour.”

Christchurch’s water supply is expected to be chlorinated for 12 months while the city’s boreheads are repaired.