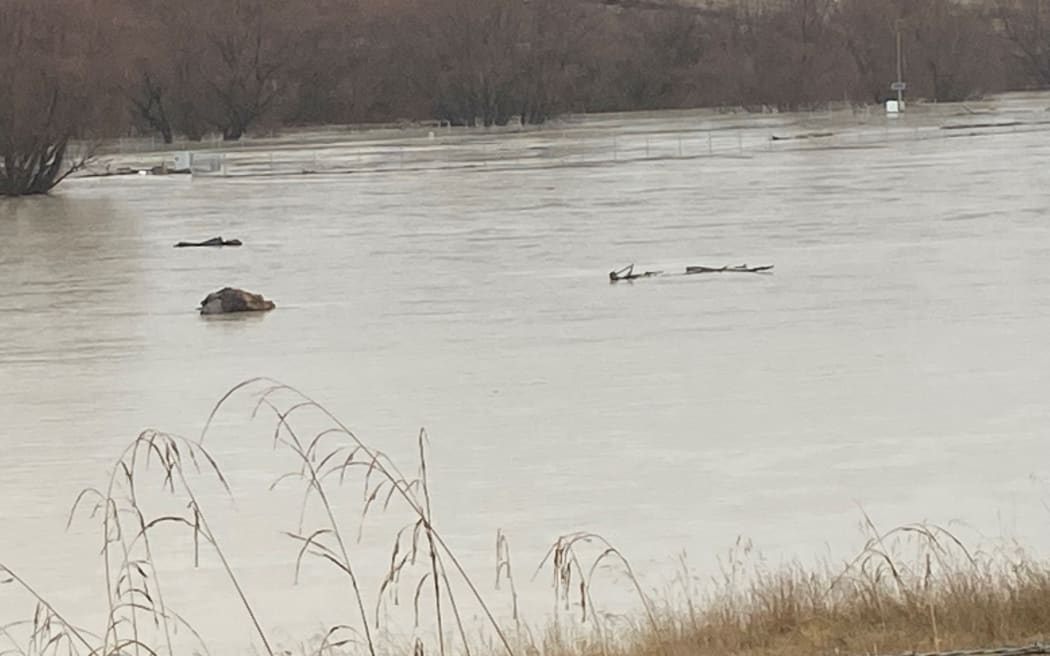 Central Otago District Council has confirmed raw sewage from the Ōmakau wastewater plant was washed into the Manuherikia River on Tuesday.

Torrential rain caused the river to burst its banks, completely submerging the town’s plant in the process.

A council spokesperson said raw sewerage was discharged into the river for eight hours.

It has since been contained to the treatment ponds but the pond’s recently installed lining was damaged.

The plant has begun to treat wastewater again at a reduced capacity, lowering the quality of the discharge into the river.

For this reason, people should stay out of the river between Ōmakau and the confluence with the Mata Au Clutha River until further notice, the spokesperson added.

It’s the second time the site has flooded in five years.

The wastewater treatment site services the small Central Otago town of about 250 people.

“The clean up and repairs will begin tomorrow and will likely take several weeks,” they concluded.

A boil water notice is also in place for Ōmakau’s drinking water, which is sourced from the Manuherikia River, upstream of the wastewater plant.

High levels of sediment in the water had prevented it from being treated with chlorine, the council spokesperson said.