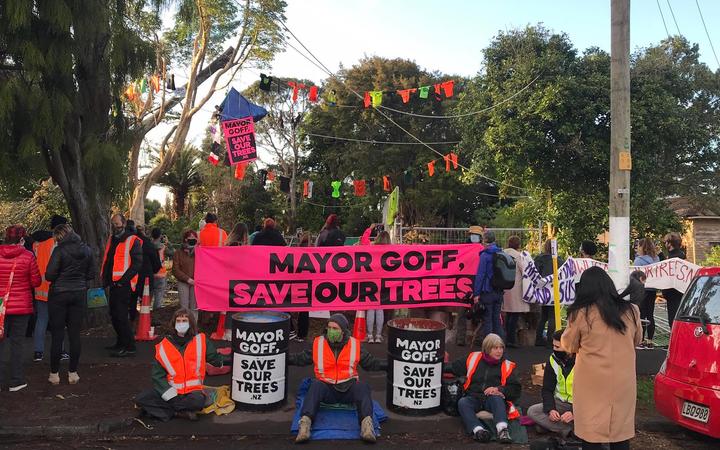 A group who have been working to save a stand of native trees have appeared in the Auckland District Court facing trespassing charges.

Protesters from Mana Rākau have spent more than 200 days at a section on Canal Road in Avondale, which has been sold to developers for house building.

They walked into court carrying branches which they say are from the trees which have already been cut down.

Outside of court, one of the accused, Zane Wedding, told media the fight was far from over.

“Our voices progressively get louder and louder… and everybody should be recognising that,” he said.

“David Parker and Jacinda especially, this movement is growing, what happened last week it solidified us, it unified us, but it grew what we are becoming and there will be tree protection brought back in this city.”

He said Mayor Phil Goff, Minister for the Environment David Parker and Prime Minister Jacinda Ardern should all visit the site.