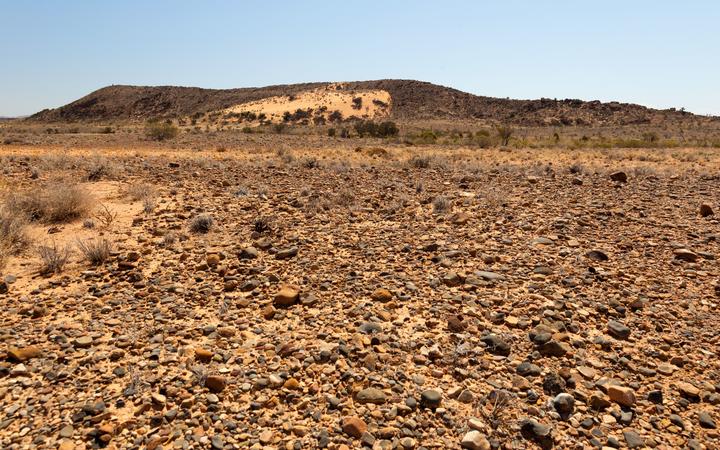 It’s unlikely that humans will call Mars home any time soon, but researchers think the arid Australian outback could help give us a clearer understanding of how to survive on the Red Planet.

Mars Society Australia has renewed its push for a Mars research station simulation to be built in the Arkaroola Wilderness Sanctuary, in outback South Australia.

The site would replicate a future Mars community, complete with a fake rocket ship, laboratories, rovers and scientists in spacesuits doing field experiments in rocky outcrops.

“It will allow us to do a wide range of activities that support the vision of human presence on Mars,” the society’s president, Jonathan Clarke, said.

“We can train people in field science and space operations in the area, and we can do education and outreach programmes.

“We would do experiments on monitoring human performance in remote areas, test medical procedures and monitoring, and also develop and test technology like hand tools and robotics.”

The society has been advocating for what it calls its Mars analogue research station for 18 years, but it now has a better reason for one to be built.

It’s leveraging off the creation of Australia’s new space agency, as well as US president Donald Trump’s hasty plan for America to return to the Moon by 2024, and hopefully go on to Mars.

“Australia has been lagging behind in the space sector for many decades,” Dr Clarke said.

“The establishment of the Australian Space Agency is a gamechanger for anyone wanting to develop space technology in Australia.

“This makes it possible to look for actual funding for an (analogue research station) from commercial and government sectors.”

In September, the Australian government announced it would invest $A150 million ($NZ162m) for Australian businesses and researchers to join the US’s Mars exploration project.

“It is a gateway not only for lunar exploration but also asteroid missions and going on to Mars,” Dr Clarke said.

“It is important we be a part of this because it is one of the big visionary projects of the 21st century.”

Saber Astronautics, a company with offices in Sydney and around Colorado (US) that makes next generation mission control software, has used Arkaroola before to trial its technology.

However, the company’s CEO Jason Held said the prospect of a permanent facility – equipped with pretend rocket ships, labs, communication service and living quarters – would be more useful.

“I think it’s a critical component because you want to know not just what it’s like for people on Mars, but how you communicate with them and work with them from Earth,” Mr Held said.

“Australia has got really good Mars-like geography and terrain, so that walking on the ground feels like Mars.”

He suggested Australia’s research stations in Antarctica could also be used to help scientists prepare for life on Mars, given the freezing climate.

“It gets people practising and learning new techniques and procedures for beyond an isolation state and how you would actually do your science at these places,” Mr Held said.

Mars research stations already exist in Utah in the US and another in a polar desert on Devon Island, in the Arctic region of Canada.

They are used by international space agencies, such as the European Space Agency and NASA, as well as research institutes and private companies wanting to practise Mars work.

Dr Clarke said while the idea of having one in Australia seems far fetched, it was a good money maker for the state’s economy, especially as the private space sector continued to grow.

“The Utah station takes about 10 to 15 teams every year and is booked up two years in advance with people from all over the world.” he said.

“There is a two-year waiting list to get on, and two-thirds of the applications get knocked back, so there is a huge demand and global interest in this facility.”

The Arkaroola Wilderness Sanctuary is spread across 610 square kilometres of freehold and pastoral lease land in South Australia, and is a 10-hour drive from Adelaide.

“We selected the Arkaroola region over 30 or 40 sites all over central Australia as being the one where all the ducks lined up in terms of scientific interest, access and land tenure,” Dr Clarke said.

Doug Sprigg, the owner of Arkaroola Wilderness Sanctuary, said there had been eight Mars simulations at Arkaroola over the past two decades, however, the researchers worked in temporary structures rather than a permanent state of the art analogue.

He said while some groups came to test software and equipment, others had come to dig for fossils and search for microscopic life.