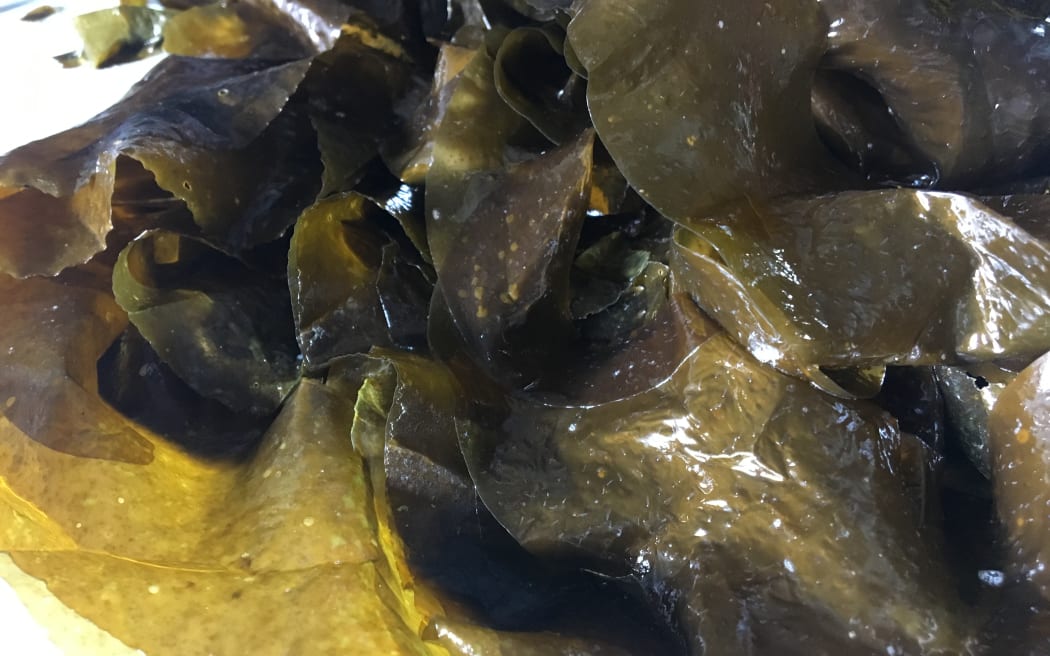 Two marine pests have been discovered at Rakiura Stewart Island, including one that has never been found in Southland before.

Environment Southland confirmed carpet sea squirt have been found at two locations around the island and invasive seaweed Undaria – Undaria pinnatifida – has been discovered at a new site.

Carpet sea squirt – Didemnum vexillum – is on the region’s pest management plan as an exclusion pests that have the potential to adversely effect on the environment or economy, and it is the first time it has been discovered in the region.

They form dense colonies that displace native species, damage fisheries and can smother beaches. They can tolerate a wide range of environmental conditions, have a high reproductive ability, and high population growth rates.

The council’s biosecurity and biodiversity operations manager, Ali Meade, said it was important for the public to report any sightings to see whether the pests were more widespread.

“At this stage we’re unclear if the pest organism is more widespread in Stewart Island waters so a plan to undertake surveillance to determine the extent of the spread is being developed,” she said.

Divers from the Jobs for Nature project in Fiordland did an initial survey of Easy Harbour after receiving a public report of Undaria.

They discovered the spread was more significant than expected with more than 300 juvenile Undaria plants found between Easy Harbour and False Easy Harbour, but very few mature plants were found.

Undaria is present in Oban, Paterson Inlet, with further sightings in Port Adventure and Broad Bay.

A team of divers were expected to further assess the situation before additional actions were considered.

“We will send divers in to do further surveying on the south west coast of the island to confirm the spread,” Meade said.

“We’re disappointed to find more Undaria on Rakiura, however we are thankful to the member of the public who alerted us to the incursion in such a remote area.

“We ask the public and industry to continue to be vigilant and ensure their boats and gear are clean so we can avoid any further spread of these pests.”

People who see the pests should contact Environment Southland.