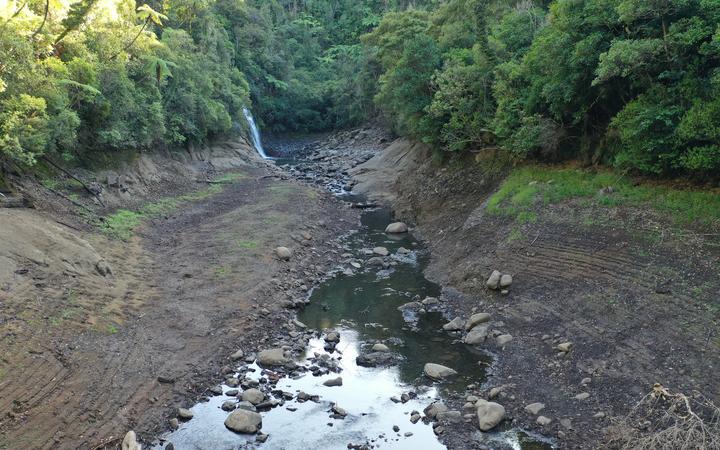 Hamilton may step in to help Auckland deal with the city’s drought by lending it water.

Hamilton Mayor Paula Southgate said any help would come with conditions to protect the river and Hamilton’s long-term interests.

Low rainfall has left Watercare’s storage lakes at Hūnua and Waitakere desperately low and forecasts mean the outlook for the coming summer are dire.

According to today’s Watercare drought status update, recent rain fall in Auckland has done little to relieve the dry spell. The Hūnua Ranges received 3mm of rain yesterday while the Waitkaere Ranges got 14.5mm.

This has dams sitting at 43 percent full with the normal amount for this time of year being 76 percent full.

The company, which is owned by Auckland Council, has asked Hamilton City Council to transfer some of its unused water allocation to Watercare, on a temporary and short-term basis.

Southgate said the request from Watercare was discussed with Councillors for the first time yesterday. No decision was reached and will not be until late June at the earliest when Council will make a formal decision.

However, staff had been directed to engage with Waikato-Tainui, Watercare and Waikato Regional Council to see how Hamilton could help ease Auckland’s water woes.

“Councillors recognise that a healthy and vibrant Auckland economy is critical to New Zealand and that without water, the Auckland economy cannot function. So of course Hamilton wants to help, particularly in a post-Covid environment. It is in New Zealand’s interests that we should,” Mayor Southgate said.

“Hamilton and Auckland already work closely on a number of issues around transport, planning, logistics and more. Both cities already have common interests, as neighbours do. But my Council is very clear that, should the city come to an arrangement to help out Auckland, it can pose absolutely no risk to Hamilton City water users and must not impact on the availability of water to our city.”

Mayor Southgate said Council supported Iwi concerns around the health and wellbeing of the river and would consult closely with Waikato-Tainui before making any final decision.

“For Hamilton and for my Council, the health of the river is paramount so we are urging Watercare to continue looking for sustainable, long-term solutions to this crisis.”