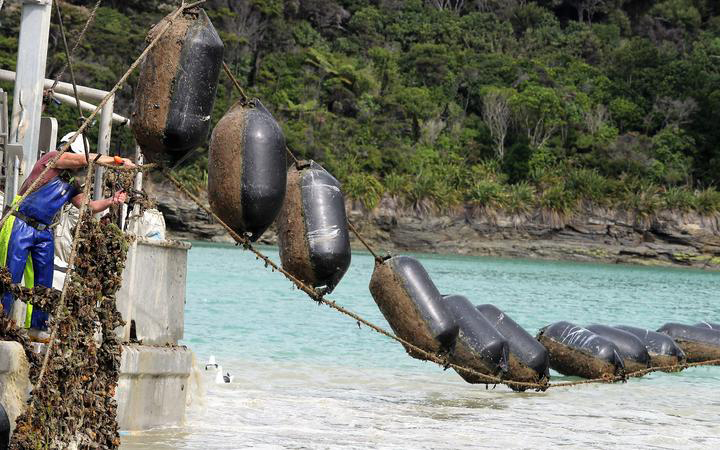 Opponents of a proposal for a big mussel farm in Auckland’s Hauraki gulf are worried the project will destroy the local sea environment.

It comes ahead of an Auckland Council resource consent hearing for a 35-year lease on a 221ha area east of Ponui Island. The company behind the proposed mussel farm is Ponui Aquaculture, co-owned by Auckland iwi Ngāi Tai ki Tāmaki.

“To put a mussel farm in a maritime park, where you’ve got the number of boats and people who enjoy it around here, is not what should happen,” island resident David Chamberlin said. He is one of 14 submitters who have opposed Ponui Aquaculture’s application.

Chamberlin said the area was unspoiled by human activity, and would be disrupted and polluted by the addition of a mussel farm.

He said hundreds of pieces of mussel rope had already washed up on the island’s beaches this year from faraway mussel farms, and the problem would get worse if there was a farm right next to it. “There is a fair portion of [the nets] which will be sinking and going into the seabed,” he added.

“Ngāi Tai ki Tāmaki are taking a long term view towards the improvement of the mauri of the Hauraki Gulf,” he said, adding that mussel stocks in the Hauraki Gulf had been suffering, and the farm was an opportunity to bring sustainable kai to the table.

An Auckland Council report prepared ahead of the resource consent hearing on 4 and 5 August said the project would have minimal effects on coastal ecology and recommends resource consent be granted subject to conditions.