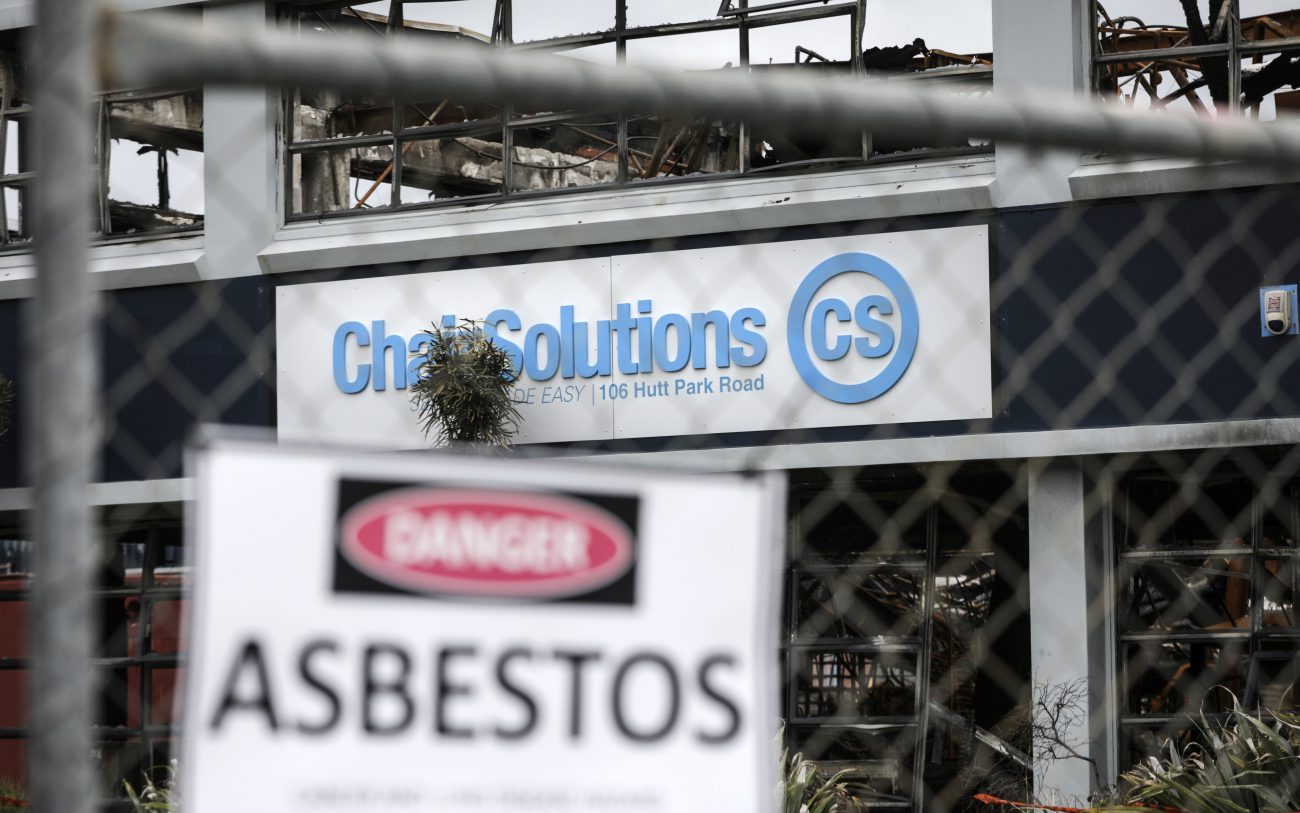 Dust from an asbestos-contaminated building gutted by fire is being managed by the building’s owners, Hutt City Council says.

However, neither the council nor WorkSafe are doing ongoing monitoring themselves.

On Thursday it was revealed that dust samples from cars parked near the Chair Solutions building on Hutt Park Road in Gracefield had tested positive for chrystotile, a type of white asbestos.

Local workers – who paid for the testing – were angry they could have been exposed to the contaminant since the fire at the end of July.

“ATL Group did initial monitoring and management of the site and Accurate Consulting took over the work. This work has been contracted by, and is being paid for by the property owner.

“There may have been less need to spray foam suppressant on the site due to a period of fairly high rainfall. With the recent few days of dry weather, council understands Accurate Consulting has recommenced dust suppression methods as needed.”

However, the council was not doing ongoing monitoring itself.

“Council monitors the asbestos aspect of the site by reviewing air quality data provided by Worksafe and the previous contractor. To date, there has been nothing in this data to cause council concern.”

A WorkSafe spokesperson said the site had not been a workplace since the fire and did not come under its jurisdiction.

“We are advised that regular monitoring was undertaken by an independent third party for five weeks (ending one week ago) and the results have not shown elevated levels of asbestos. We have not been advised why the testing was halted.”