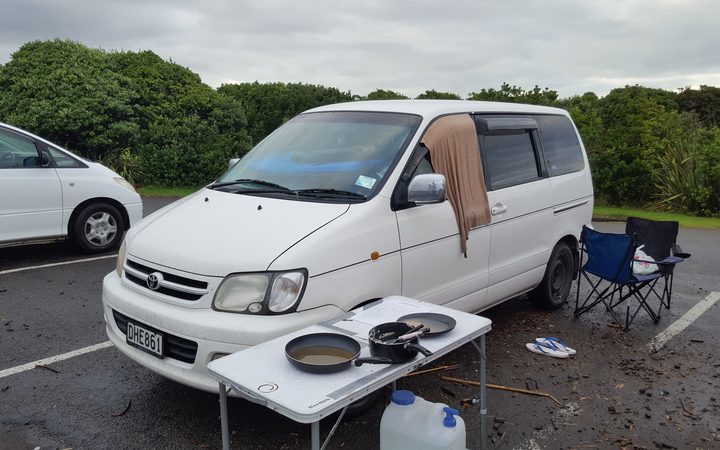 The government has announced a package of technologies to help councils monitor freedom camping sites.

The initiatives will be paid for from an $8 million package announced in May.

The big winners were West Coast’s councils and the Queenstown Lakes, Mackenzie and Waitaki Districts.

As part of today’s announcement, an app will provide up-to-date information for camping ambassador volunteers, such as the number of vehicles at each site, which will be used to advise campers on where to go.

Twenty councils have signed on to the app so far.

There will also be a zoning pilot in Kaikōura, with the CamperMate app featuring a colour-coded map for campers to find out where they can and can’t park.

The Kaikōura District Council signed off on its freedom camping bylaw at a meeting last Wednesday, months after a petition called for the removal of camping sites.

The new bylaw will ban freedom camping at 11 areas from 18 December, including popular surf spot Kiwa Rd, in Mangāmāunu, and in the Kaikōura township. Six sites, including the Scarborough St Reserve, will also restrict freedom camping to a maximum of three nights over a month.

An interactive online map showing the areas in which freedom camping will be permitted, or prohibited, will be sent to residents within the next few days.

Another pilot involves the installation of solar-powered cameras that will monitor capacity at 10 freedom camping sites.

Once the cameras pick up how many campers are at a particular site the information can be used to liaise with any new campers looking for a place to park.

Some of the $8m budget will be used to improve facilities such as toilets.