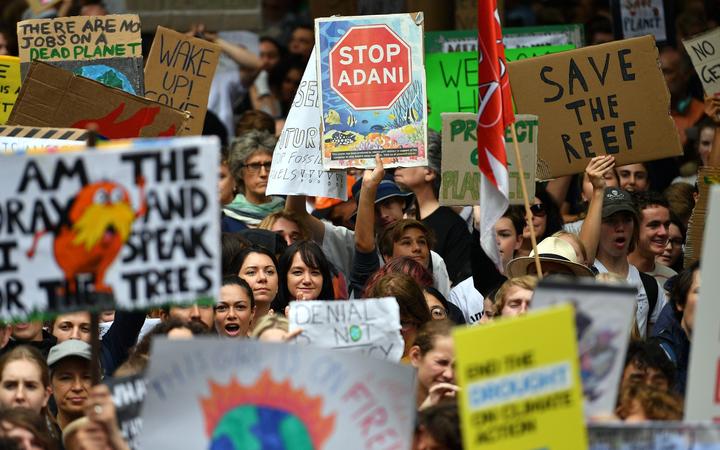 [alert] Adani gets final approval for contentious Carmichael mine in Australia

Adani has passed its final environmental approval and can now begin work on its Carmichael mine in Central Queensland after nearly nine years of planning, fierce protests and endless political debate.

Queensland’s Environment Department this afternoon approved the mine’s groundwater management plan, with construction at the Galilee Basin to ramp up over the coming weeks.

Over the past 18 months Adani had produced about a dozen versions of its groundwater management plan.

Previous attempts failed to meet key environmental requirements, including a plan to avoid destroying one of the world’s last unspoiled desert oases, the Doongmabulla Springs Complex.

It was ordered to identify the source of the springs and today the Environment Department said Adani had sufficiently established that Clematis Sandstone was the main source aquifer.

However, the miner was ordered to do further investigation and install a new bore to rule out whether the Permian aquifers (Colinlea) was also a source.

It will also be required to do further work over the next two years to identify any other potential source, by using detailed hydrogeochemical analysis of groundwater from different springs, isotopic analysis, air sampling and examinations of core samples from new bores.

The department said while box-cut mining can begin at the site, underground mining would not commence until the further testing had been completed.

The department said it sought advice from CSIRO and Geoscience Australia, which it received last week, and decided to approve the plan in its current form.

“CSIRO and Geoscience Australia also confirmed that some level of uncertainty in geological and groundwater conceptual models always exists,” the department said in a statement.

“Over the coming days preparatory activities such as finalising contracts, mobilising equipment, recruitment and completing inductions will continue,” he said.

“These preparatory actions will enable us to then start construction activities, including fencing, bridge and road upgrades, water management and civil earthworks on the mine site.

“The level of construction activity will then steadily increase over the coming weeks.”

Mr Dow said the mine would need about 1500 employees, and was expected to create 6750 indirect jobs in the region.

After Labor’s poor results at the federal election, Queensland Premier Annastacia Palaszczuk last month said she was “fed up” with both the federal and state delays for the Indian miner and gave her Environment Department the new deadlines.

Today’s approval comes almost a fortnight after the Department granted approval for the mine’s conservation plan for the endangered black-throated finch.

While today’s decision gives Adani the green light, designs for its railway line to get coal to the Abbot Point terminal, north of Bowen, are yet to be finalised.

Late yesterday the Australian Conservation Foundation (ACF) won a Federal Court appeal, which found the Commonwealth had not properly assessed about 2000 public submissions on Adani’s plans to use river water.

The ACF conceded the decision was unlikely to further delay the controversial project given today’s “green light”.

It is the first mine to gain approval for the Galilee Basin, another six are proposed for the region.