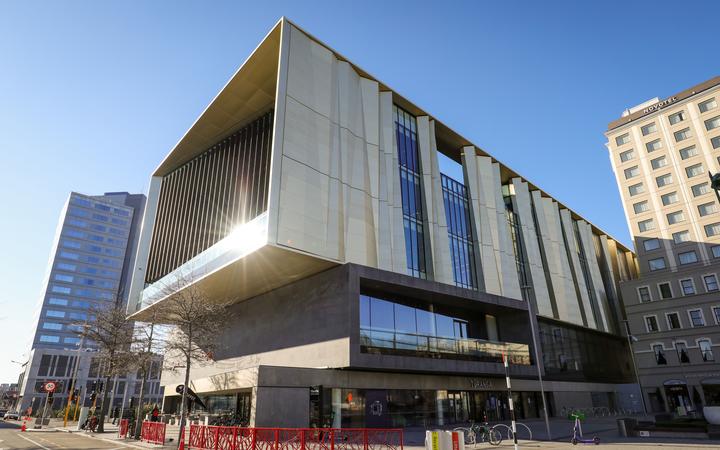 Christchurch’s architecture, both new and old, has been brought to life in an illustrated walking book that pays homage to the city’s historical buildings and showcases its new direction in the post-earthquake era.

Christchurch Architecture – A Walking Guide, is the second in a series of guides to urban spaces around the country written by John Walsh – the communications director for the New Zealand Institute of Architects.

For all his guides Walsh has teamed up with photographer, Patrick Reynolds. The result is a pocket-sized book featuring 60 buildings and six routes that take in historic buildings that survived the earthquakes and striking new buildings.

“Cities are built for walking around, or they should be, and Christchurch of course with its compact grid plan is just ideal for that, albeit there are a few buildings missing now,” he told Kathryn Ryan.

“The idea was to write a book that tourists or visitors could pick up and use, but also locals, if they had an hour or two, could just pick it up and do one or two of the routes. You sort of walk the city into meaning and see how the buildings connect with each other, you see how neighbourhoods change, you see what’s happened over a period of time – the span of history is still visible in Christchurch.”

“We chose to operate within the four avenues, Christchurch is a grid city, so [it] kindly provides its own limits to anyone writing about the central city’s architecture. In those four avenues there is, surprisingly perhaps, more than a century and a half of architecture that you can still see in the city, buildings that have survived, building that have been added to the city stock since the earthquake.”

The guide will showcase the juxtaposition of new and old created by the devastating earthquakes, Walsh says.

“If you look at Christchurch’s architectural history it was a masonry city, and then later after the war it was a concrete block city, that heavy architecture… it turned out it wasn’t that resilient and so a lot of other buildings now, new buildings, are built in more resilient materials, they’re still concrete, steel and glass, so materially the buildings look different than they used to and they don’t obviously have this ruling style that operates anymore, you see quite modern looking buildings on the Terrace for example, jutting out towards the river (Avon).

“There are material differences that have been dictated by circumstances and there’s the desire of people… not to go into high rise buildings in Christchurch, so Christchurch is not being rebuilt as a high-rise city.”

Christchurch has two of the strongest architectural sites within NZ – the buildings around the quad at Christ College and the Arts centre buildings, Walsh says.

He said the city was very fortunate to have such a rich history of building structures.

“There’s a core of really strong buildings in the city. Very strong 19th and 20th century buildings that the city could build around.

“There are other very significant buildings that have survived and/or survived in such a state that they can be restored, for example Christchurch Town Hall, there are galleries like CoCA, the city’s art gallery survived in pretty good shape, and there are a number of other buildings. I think what the city really lost was a whole lot of good ordinary buildings that constitute a street scape, like High Street, so they’re not perhaps particularly notable buildings in themselves, but they provide the city’s fabric and the city’s memory in lots of ways for the people who live there.”