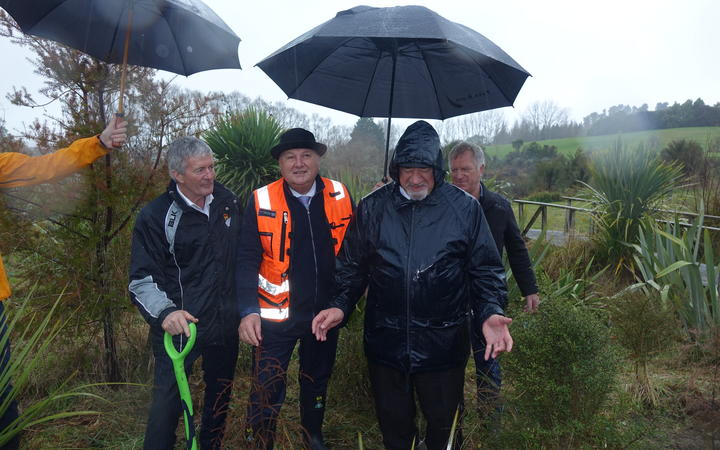 The government is to spend more than $1 million to support the restoration of the Waimea Inlet near Nelson.

Forestry Minister Shane Jones made the announcement in Nelson this morning.

The money to help restore the fragile estuary will come from the $240m grants and partnership fund as part of the government’s One Billion Trees programme.

Mr Jones, alongside Agriculture Minister and local MP Damien O’Connor, made the funding announcement today at a tree planting event in Richmond.

It would help with the planting of more than 70,000 native trees across the estuary over the next three years, he said.

The Waimea Inlet is the largest semi-enclosed estuary in the South Island and its restoration is listed as a priority by the Department of Conservation.

It is under threat from silt from land clearance and pollution from sewage, industrial waste and agricultural runoff.

“There is a growing understanding of the significant ecological role this inlet plays, particularly for rare and threatened native plants and animals and important populations of coastal wetland birds and migratory wading birds,” Mr Jones said.

“This funding will help build on the impressive work already underway in Waimea Inlet with more than 200 volunteers involved in trapping and habitat restoration across the area.

To date, DOC has been working with the local community to coordinate several projects in the Waimea Inlet and build up a picture of any gaps which need to be filled.